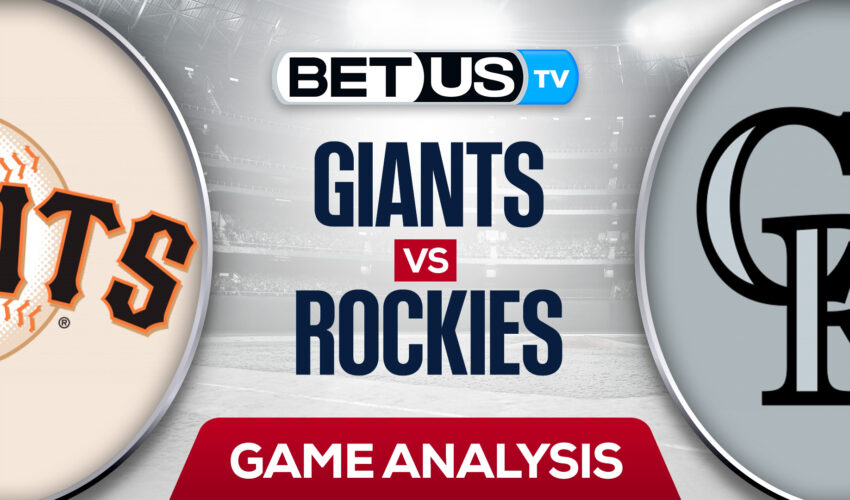 The Coors Field will host the Giants versus Rockies for the three-game series, but this might play against the Rockies as we just recently saw them lose their weekend series to the Kansas City Royals. Antonio Senzatela will open up the game for the Rockies, which might not be the best thing for Colorado.

Senzatela has a 4.88 ERA, he’s had two good starts and four bad ones this season so far, the important thing to take into account is that those four bad starts were against good teams, including the Giants, who gave him a really tough time last Tuesday, May 10 at Oracle Park. Although Senzatela’s two good games happened at Coors Field, playing once again versus the Giants might put him in an uncomfortable position.

Alex Wood will be the starting pitcher for the San Francisco Giants, and even if he isn’t the best starting pitcher in their lineup, he is consistent enough to keep the Giants in the game. But Alex Wood isn’t going to be the main reason why the Giants are the favorites coming into this match.

The San Francisco Giants have won 10 consecutive games against the Rockies, so the last time that the Rockies took down the Giants was last year on August 14. But the impressive part is not only they have won their last 10 encounters but how dominating they’ve been in those games is what makes the Giants the favorite team for this match.

So even if we consider that the Rockies will be playing at home, their offense hasn’t been performing well at all in their last matches. They might be able to score a couple of runs in this game, but the odds are against them, especially because Senzatela will be opening up the game for the Rockies, which might give Giants a huge advantage early on in the game.

The implied probability for these two teams attached to the betting lines have Giants at a 59.18% chance of winning the game, meanwhile Rockies have 43.48% probability of finishing the game with the W.