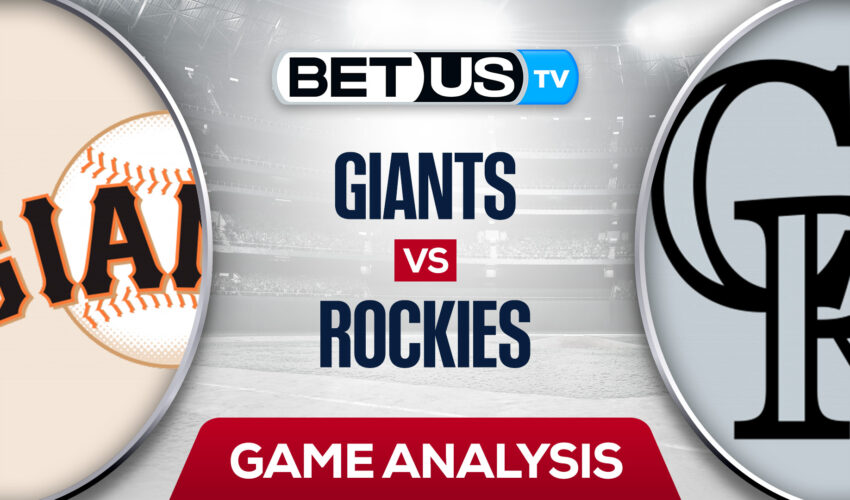 The San Francisco Giants and the Colorado Rockies kick off a three-game series today at Coors Field. San Francisco has a lot of work to do in the Wild Card race at 59-59 after splitting a four-game set with the Arizona Diamondbacks including a 5-0 defeat. Colorado was swept by the St. Louis Cardinals in three games including a 13-0 beatdown on Thursday, remaining well out of contention at 51-69.

The Giants have doubled up the Rockies with a 6-3 advantage in the season series thus far. San Francisco isn’t making much ground up and settled for a four-game split with Arizona after winning the first two contests. The offense managed four hits in Thursday’s finale, finishing 0-4 with runners in scoring position in a rough effort. Logan Webb had one of his worst outings of the year, allowing five runs on 9 hits and 3 walks in 4.2 innings, failing to record a single strikeout.

On the other hand, the Rockies suffered an ugly sweep as they were outscored 23-5 over three games. The offense managed only three hits without getting a runner into scoring position, as the game was decided in the first inning. Senzatela went just 1.2 innings before leaving, allowing 5 runs on 6 hits while striking out 2. With rookie, Wynton Bernard recorded a hit in a rare bright spot for the Rockies.

The implied probability for these two teams attached to the betting lines has Rockies at a 41.67% chance of winning the game, meanwhile, the Giants have 60.78% probability of finishing the game with the W.