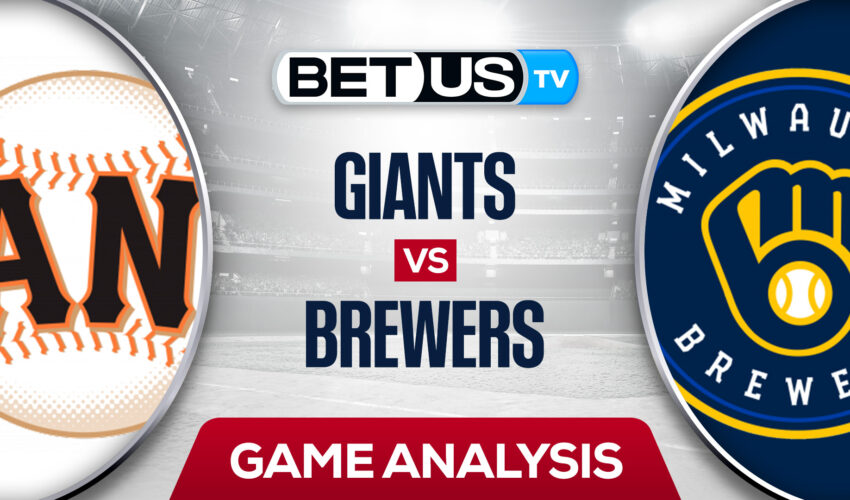 The San Francisco Giants face off against the Milwaukee Brewers in a doubleheader at American Family Field. One one hand, San Francisco has been playing better recently. They recorded a home sweep of the Phillies last weekend and lost two of three to the Dodgers this week. On the other hand, Milwaukee is currently trailing the Padres by 4 games in the National League Wild Card picture, and have many home games remaining against inferior foes.

The Brewers lost two of three against the Rockies to go 2-5 on a tough seven-game road trek and now have a chance to narrow the deficit at home. Hunter Renfroe is a key player down the stretch for the Brewers. The 30-year-old usually bats in the 3rd spot in the order. He has a strong .780 OPS so far this month and has 25 homers, 61 RBIs, along with an .826 OPS on the year. Renfroe is 4 for 20 with two RBIs against the Giants this season.

On the other side, Wilmer Flores leads the Giants in many hitting categories but has only amassed two hits in his last five games. The 31-year-old third baseman is having the best year of his career, launching 17 big flies with 63 RBIs and a .754 OPS. Flores is 2 for 12 against the Brewers this season. The Giants are posting 4.49 runs per game, ranking them 12th overall. The pitching staff has logged a 3.91 team ERA, placing them 16th in the big leagues.

Let’s check the latest MLB picks, news, stats and MLB expert picks for Giants vs Brewers. We’ve plenty of MLB predictions for you to consider.

The implied probability for these two teams attached to the betting lines have Giants at a 37.04% chance of winning the game, meanwhile Brewers have 66.67% probability of finishing the game with the W.