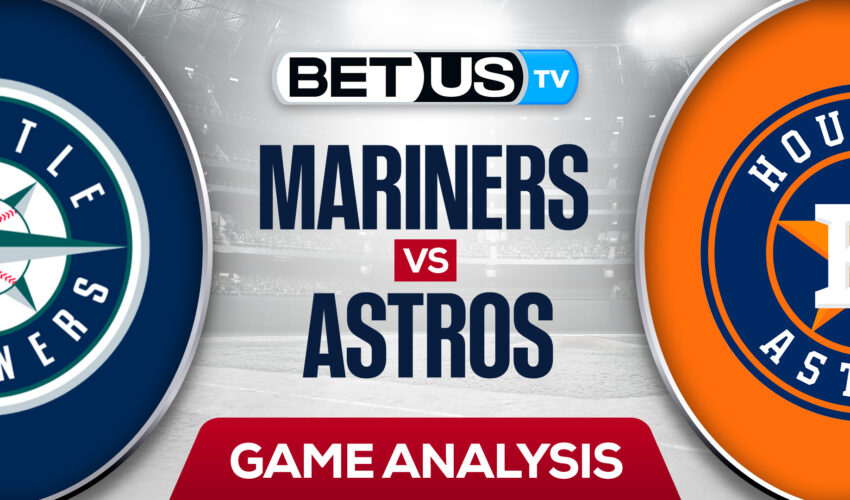 The Seattle Mariners and Houston Astros are officially tied up both in a heated battle for the 2nd spot of the AL West division as well as in their own three-game series being played right now in Houston. The first game, played last night favored the Astros, who managed to edge out the Mariners by a score of 3-0 following a very strong outing from starter Jake Odorizzi. Houston, who had been craving a win, especially after losing two straight games against Toronto, will now be looking to extend their series lead to two games when they send RHP Cristian Javier to face the Mariners, who themselves will have RHP Chris Flexen hoping to turn the negative result from yesterday into a win tonight.

The Houston Astros were in dire need of a win, especially taking into account that this is a divisional series at home where losing is almost not permitted whatsoever. With that said, they managed to do just that last night against the Mariners and will be looking to continue on with said winning mentality tonight as they face Seattle once again. Now, with the chances of surpassing the Mariners in the AL West standings, the Astros can breathe a sigh of relief, especially when considering that their offense seemed to remember just what it took to do their part to push the team to a win last night. Yes, Jake Odorizzi pitched a very decent game, but it was the team’s effort as a whole that truly allowed the Astros to push through.

Now, as Cristian Javier gets ready to go for his second win of the season for Houston, the tonic will be the same. If Houston’s offense can back up Javier’s work on the mound, then a clear and honest shot at a second win in the series and a step above Seattle in the AL West standings will be well within reach.

Seattle on the other hand were probably not expecting to be shut out in such fashion as they were last night, but yet it happened and now the lead they held for the 2nd spot in their division is gone and the spot is up for grabs. Now, this is a Seattle team that has looked as solid as ever throughout the season, which automatically could make baseball fans think that last night’s loss is no reason to worry or stress, but still, a loss is a loss whichever way you see it, which means that if Seattle is not keen on letting their spot in the division go, they will need to score a big victory on the road tonight, no questions asked.

The implied probability for these two teams attached to the betting lines have Astros at a 60.32% chance of winning the game, meanwhile Mariners have 42.19% probability of finishing the game with the W.