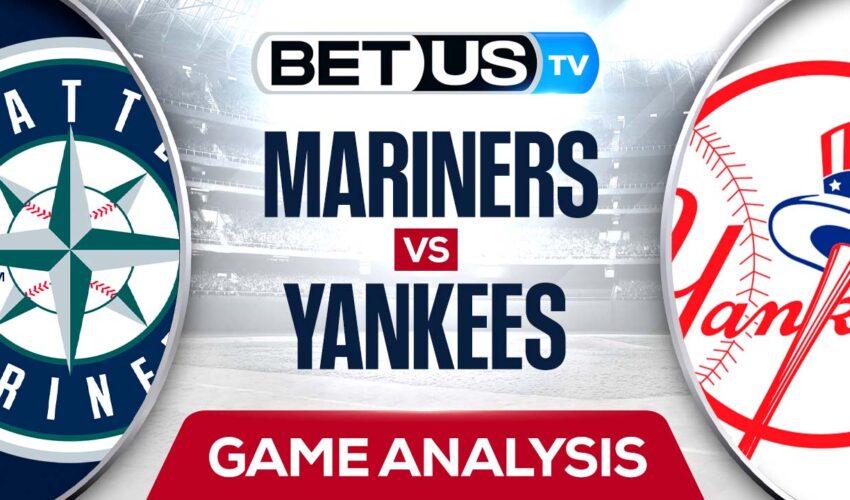 Yesterday the Seattle Mariners found themselves unable to contain the New York Yankees, picking up a 7-2 loss in the Bronx. This was a bit expected as they have cooled off a bit, winning only 4 out of their last 10. But earlier on in the season, the Mariners just went on one of the craziest winning streaks. Right now they are 12 games back from the Astros, but they are still in possession of the American League West 2nd place.

To nobody’s surprise, the New York Yankees are still in first place in the American League East, as they are 11 games ahead over the second-place Toronto Blue Jays. New York is currently scoring the most runs per game, with 5.36 and they are hitting .245 as a team, which is the 14th highest team batting average in the league. But for them, it’s not all about the offense as they are currently allowing 3.35 runs per game, which is the second least amount of the MLB.

The Yankees will be sending out one of their best to the mound today. Jameson Taillon is making his 21st start of the season today. He is holding a shiny 10-2 record with a 3.72 ERA and a 1.16 WHIP over 109 innings pitched while striking out 92. In his last outing, Taillon looked as clean as always, pitching for 6 innings and not allowing a single earned run to the Kansas City Royals.

On the side of Seattle, Logan Gilbert will try to contain the Bomber’s offense. Gilbert is having a great season so far, and he might be the pitcher that Seattle needs to pick up a win this series. He is carrying a 10-4 record with a 2.78 ERA and a 1.15 WHIP over 123 innings pitched while striking out 118. When pitching away from home, Gilbert is 6-1 with a 2.47 ERA, which should give him a lot of confidence in today’s game

The implied probability for these two teams attached to the betting lines have Yankees at a 61.24% chance of winning the game, meanwhile, the Mariners have 41.15% probability of finishing the game with the W.