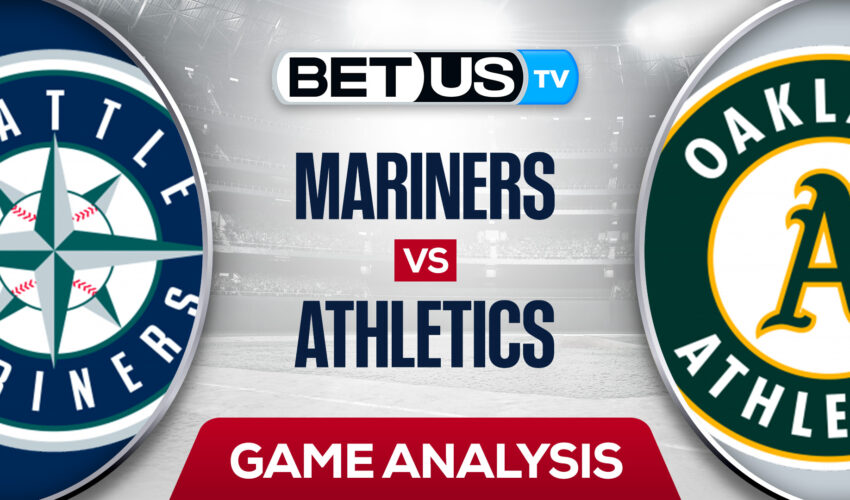 Today, the Seattle Mariners and Oakland Athletics lock horns in the middle contest of a three-game series at Oakland Coliseum. It’s Game 15 of their AL West regular-season series, with the A’s picking up a convincing 4-1 victory in yesterday’s game, which means that today we might have a very exciting encounter in the field.

The Seattle Mariners trounced the Los Angeles Angels 9-1 this past Monday to stop a three-game losing streak. After scoring nine runs through the first three games of a four-game set at Angel Stadium, the Mariners accounted for nine runs on nine hits in Monday’s closer, and Carlos Santana led the way with a couple of homers and five RBI.

The Oakland Athletics entered Tuesday’s clash versus Seattle carrying the AL-worst record. They’ve won just three of their previous 12 games overall and one of their last six outings at home. Last Sunday, the A’s suffered a heavy 11-2 defeat at Minute Maid Park in Houston, increasing their ERA to 4.56 for the season (25th in the MLB).

Let’s check the latest MLB picks, news, stats and MLB expert picks for Mariners vs Athletics. We’ve plenty of MLB predictions for you to consider.

The implied probability for these two teams attached to the betting lines have Athletics at a 36.36% chance of winning the game, meanwhile, Mariners have 67.21% probability of finishing the game with the W.