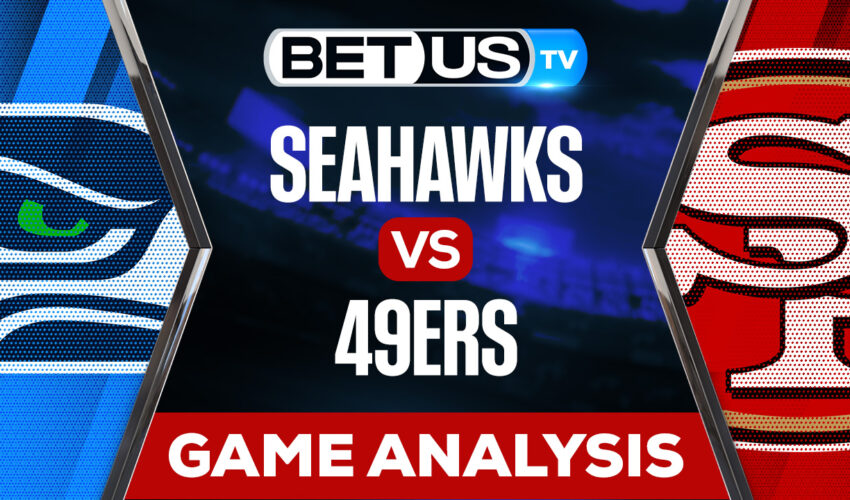 The 49ers will play host to the Hawks at Levi’s Stadium this Sunday in a for their 2nd game of the 2022 NFL season, which will be a game fueled by a longstanding NFC West rivalry. Read ahead for predictions, odds, picks, injuries, and depth charts. Well I bet no one believed that the Seahawks would be first in the NFC West after Week 1, and yet, here we are. The Seahawks are 1-0 after beating Russell Wilson in his Bronco debut while the 49ers and their NFC West counterparts are 0-1.

Despite the wavering roster the last few years, the Seahawks always show up for divisional play, especially against the 49ers as they are 17-3 since 2012 and have not lost to them since 2019. Granted, they also had Russell Wilson under center during that time, but he wasn’t doing them very many favors last year. This matchup instead features two green quarterbacks trying to find their groove with an offense, which makes for an interesting game.

This game will be a good indicator of the reality of the Seahawks’ Week 1 performance. Was Geno Smith’s performance just a one-off or is he really as clutch as he looked? It can show us the same for the 49ers, is Trey Lance really a 46% completion rate passer or is there more to him? All this will be answered after this game.

Both teams suffered core losses to their team this week as the Hawks lost Jamal Adams (again) and the 49ers lost Elijah Mitchell. Luckily, Seattle has a healthy Quandre Diggs, Uchenna Nwosu, and Ryan Neal to offset this loss while San Francisco has Deebo Samuel to cover for the loss of Mitchell. The status of George Kittle this week could sway me one way or the other, if he’s back, Seattle could have a hard time covering Samuel and Kittle.

Let’s check the latest NFL picks, news, stats and NFL expert picks for Seahawks vs 49ers. We’ve plenty of NFL predictions for you to consider.

The implied probability for these two teams attached to the betting lines have 49ers at a 81.82% chance of winning the game, meanwhile, Seahawks have 22.22% probability of finishing the game with the W.