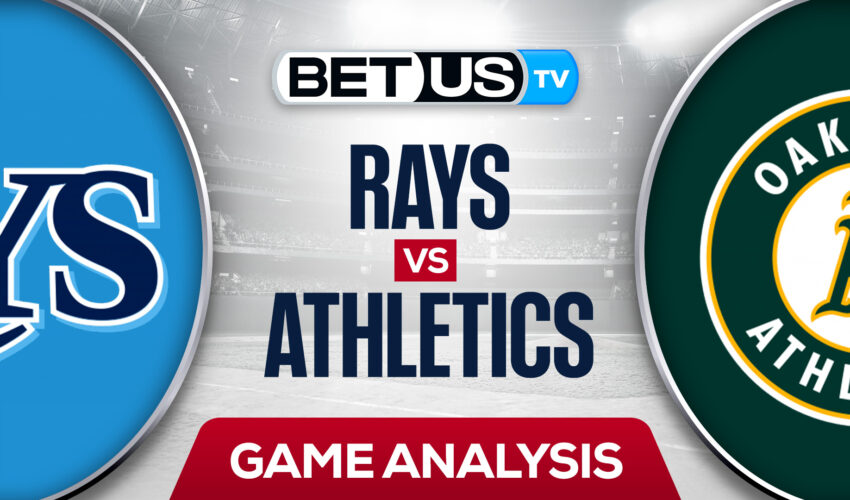 When you look at the Oakland A’s and the Tampa Bay Rays you are bound to find one very positive trait in common. They are two of the younger but still explosive squads in not just the American League but all of MLB. Yes, the A’s are riding on a rather negative four-game losing streak, including losing their first game of their series against Tampa by 6-1 last night, but now, as they are ready to send their star ace Paul Blackburn to the mound tonight, all signs point towards the A’s really invested to turning that negative streak around. For Tampa, it will be Ryan Yarbrough who will be making his first start of the season, hoping to bring yet another valuable win on the road for Tampa as they try to continue keeping up with the race for the top of the AL East division.

There’s no way that baseball fans can’t like what the Rays have been doing this season, especially with how much they’ve had to deal with because of injury problems. Still, Tampa is riding strong and their 13-10 record in a division as hard fought as the AL East is testament of a team made up mostly of young players that are all about putting up the most valiant fight. Their offense is one of the most dynamic in the American League but it’s their pitching that continues to help the team thrive from time to time, showing clear signs that as the season progresses this team will only get better and better.

A great sigh of relief for Tampa will be the expected return of starting pitcher Ryan Yarbrough who will be taking over the starting duties in tonight’s game after being sidelined with an injury that took him out of the Rays rotation for the beginning of the season until now. The Rays have shown that they can hit and they can field. Now, if Yarbrough can put up a decent outing and Tampa’s bullpen comes in hot, another win for the Rays could be on the horizon.

Oakland on the other hand is also a team that thrives on their young core of players to get the job done. While their results haven’t necessarily been the best, there is a lot of talent in this team just waiting to explode. All this team needs is to start picking up where they’re slagging on offense and pitching and we could be in for a very positive surprise. Given that the A’s were expected to be a flunking team entering the season, now the idea of giving them a fighting chance is not crazy at all. If they manage to score a win tonight at home against Tampa, that will surely help boost the morale of the team moving forward.

The implied probability for these two teams attached to the betting lines have Athletics at a 47.17% chance of winning the game, meanwhile Bay Rays have 54.95% probability of finishing the game with the W.