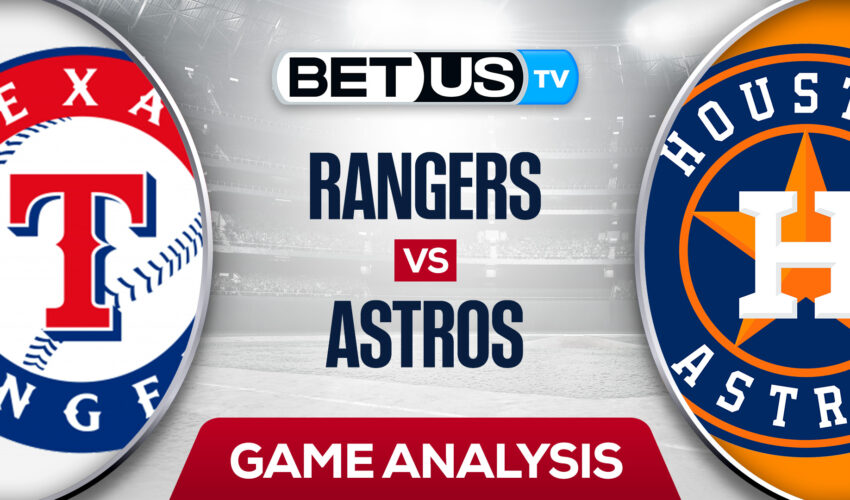 Today the Texas Rangers take on the Houston Astros for the 2nd encounter of their three-game series at Minute Maid Park. Yesterday we had a very close game between these two Lone Star State teams, where the Astros ended up picking a 7-5 win in the end. The Rangers have dropped 39 of the last 54 meetings overall against the Astros and a staggering 26 of the last 29 encounters at Minute Maid Park.

The Astros dropped the final 2 games of their four-game series against the Guardians to wind up with a split of their weekend set. Houston now enters this series holding a comfortable 11 game lead over the Seattle Mariners for the top spot in the division. They were one game behind the Yankees for the top record in the American League and home-field advantage in the postseason

On the other hand, the Texas Rangers split their four-game series with the White Sox at home as they were roughed up in the finale of the set. Texas entered this series while sitting third in the American League West race, 21 games behind the Astros for the top spot in the division race. In the Wild Card picture, the team is 10 games behind the Mariners for the final Wild Card Spot.

Let’s check the latest MLB picks, news, stats and MLB expert picks for Rangers vs Astros. We’ve plenty of MLB predictions for you to consider

The implied probability for these two teams attached to the betting lines have Rangers at a 29.41% chance of winning the game, meanwhile Astros have 75.00% probability of finishing the game with the W.