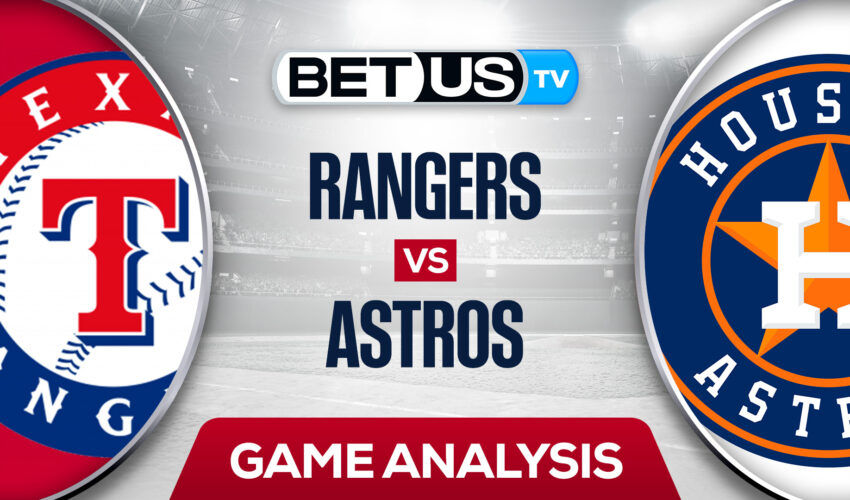 Today, the Houston Astros will play host to the Texas Rangers in the second game of a three-game series Tuesday night. The Astros have the best record in the American League while the Rangers are out of contention, tied for third place in the AL West. Yesterday, to keep their record going, the Astros picked up a convincing 1-run win over Texas. Now the Astros are 12-4 against the Rangers this season and it doesn’t seem like much will be changing in the upcoming games.

The Texas Rangers came into this series on an 8-game losing streak. They were just what the struggling Boston Red Sox ordered as the Red Sox swept the Rangers in four straight to keep their flickering playoff hopes alive. On Sunday they fell to Boston 5-2 as starter Dane Dunning got pounded for 5 runs on 8 hits in just 4 innings with 2 strikeouts and 3 walks. The offense only cobbled together 4 hits, with Leody Taveras getting two of them. Texas averages 4.52 runs per game, which ranks 10th in the league.

Now looking at the Astros, both their pitching and offense have been phenomenal this season. They have a team ERA of 3.00, which is second in baseball. The bullpen has an ERA of 2.87, which is the best in baseball. Offensively, they average 4.50 runs per game, which is 11th in the league. They are 13th in team batting average, 5th in home runs, and 7th in slugging percentage.

The implied probability for these two teams attached to the betting lines have Astros at a 72.22% chance of winning the game, meanwhile Rangers have 32.26% probability of finishing the game with the W.