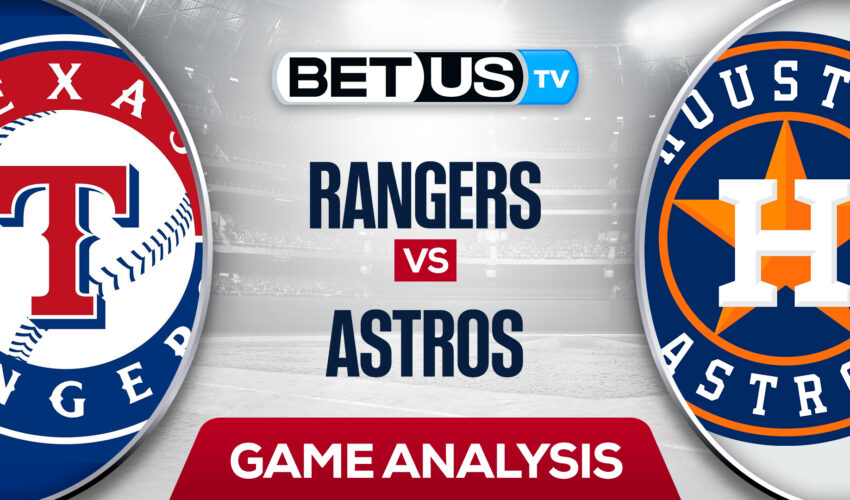 It’s time for the Lone Star Series, where the Texas Rangers will take a trip to the Minute Maid Park for the opener of a 4-game series. The first time these two teams faced off in this season, the Astros ended up winning the series 3 to 1, but the Rangers are coming off a 3-game sweep of the Los Angeles Angels and have won 4 straight overall, so the Astros can’t underestimate their opponents. The Houston Astros are coming back home after going 6-3 on the road against the Washington Nationals and the Boston Red Sox.

The Texas Rangers will try to keep their streak going by sending out right-handed Glenn Otto as their starting pitcher vs the Astros. This is Otto’s 5th start of the season He has a 1.42 WHIP, 4.9 BB/9, and has struck out 16 batters over 18⅓ innings. Otto did okay in pre-Boston starts against the Astros and the New York Yankees, currently two of the best teams in the league, which is quite impressive.

On the other side, Framber Valdez will be the starting pitcher for the Houston Astros, who currently holds a 2.93 ERA, 1.28 WHIP and 7.2 K/9 through 40 innings pitched. Valdez has been playing really well as of recently, and throughout his last 4 starts he scored a 2.08 ERA, although he has a tough challenge in front of him as the Texas Rangers have some quality numbers when it comes to contact, their average runs have been increasing steadily and currently sit at 4.28 runs per game.

While the Astros are in a much better place in the standings, the Texas Rangers have been silently climbing the ladder as they recently took down Los Angeles Angels, one of the hottest teams in the league right now. These two teams have faced a total of 389 times and the Rangers are leading the score 125 to 110, and they are looking to extend their lead in this 4-game series.