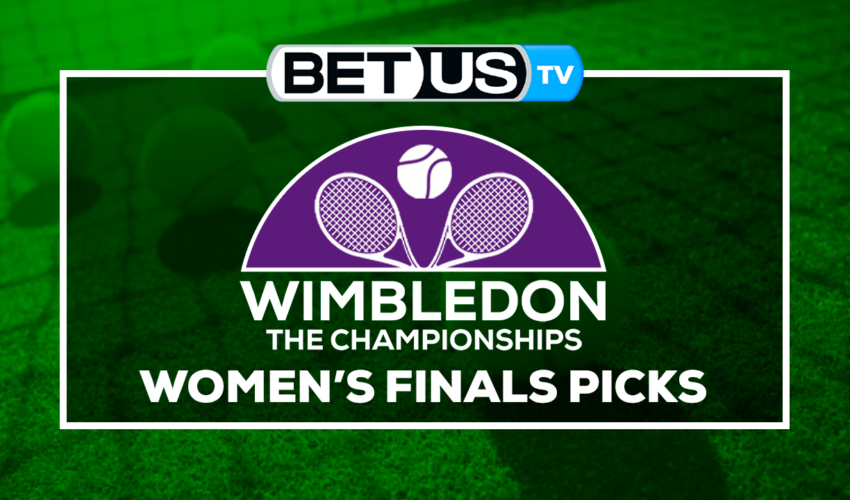 The Wimbledon Women’s Final is Saturday and it will pit third-seeded Ons Jabeur against 17th seed Elena Rybakina.

While Jabeur’s appearance in the final is not stunning – she has won 11 straight matches and 22 of 24 – it is historic. The 27-year-old from Tunisia becomes the first woman from Africa to make a Grand Slam final in the Open era of tennis.

She advanced to the centre court and big starge with a three-set victory over Tatjana Maria on Thursday.

Rybakina also is making her first appearance in a Grand Slam final. Her semifinal was quicker but more surprising. She ousted Simona Halep in straight sets after the 2019 champion had not lost a set in her run to the semifinals.

At 23, Rybankina is the youngest Wimbledon finalist since 2015 when Garbine Muguruza advance to the final at age 21. She lost that match to Serena Williams.

Make sure to get in on all of Saturday’s action at BetUS, America’s favorite sportsbook. This figures to be an intriguing and competitive match with both players coming in playing excellent tennis. The audience in person – and those watching around the world – figure to be in for a treat.

The implied probability for these two teams attached to the betting lines have Jabeur at a 60.78% chance of winning the game, meanwhile Rybakina have 42.55% probability of finishing the game with the W.