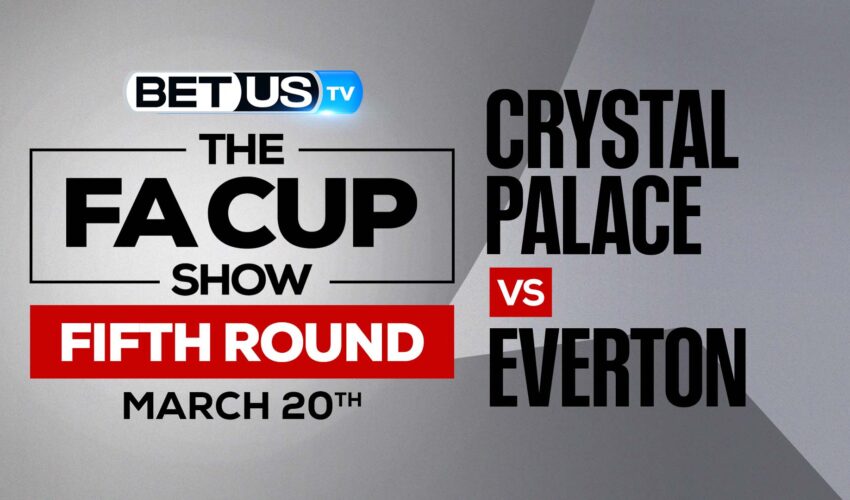 Crystal Palace is set to play Everton at Selhurst Park on Sunday in the quarter-finals of the FA Cup.

Crystal Palace comes into this game on the back of a 0-0 draw against Pep Guardiola’s Manchester City in the English Premier League. Everton, on the other hand, beat Eddie Howe’s Newcastle United 1-0 in the league. A late second-half goal from Nigerian attacker Alex Iwobi secured the win for Frank Lampard’s Everton. The two clubs last faced each other last year in the English Premier League, with Crystal Palace beating Everton 3-1. This domestic cup run has been a welcome distraction for relegation-threatened Everton who comes into Sunday’s quarter-final missing Yerry Mina, Fabian Delph, and Tom Davies, all of whom are ruled out through with thigh injury, with Dominic Calvert-Lewin and Jarrad Branthwaite penciled in as doubtful.

Come and hang out with BetUS’s host, Gordon “Flash” Watson to discuss the latest FA Cup odds and deliver to you his hottest FA Cup picks for the quarter-finals.