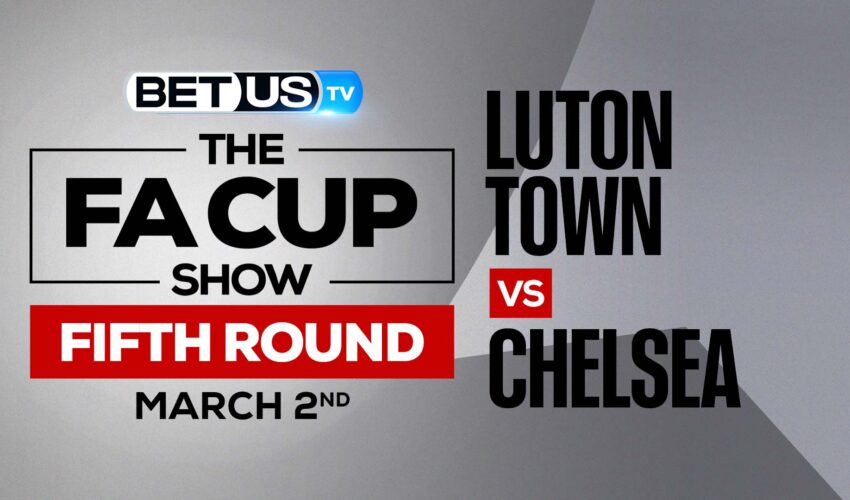 Having failed to win the Carabao Cup last weekend when they lost to Liverpool, Chelsea will aim to take a step towards another Wembley outing when they take on Luton Town in the fifth round of the FA Cup on Wednesday. Join our host and top capper Flash Watson as he delivers his best bets ahead of the FA Cup Round of 16 fixtures. Sign-up at BetUS TODAY and get 125% BONUS. Use the Promo Code BETUSTV125. Terms and Conditions apply.

While the Blues suffered a penalty shootout defeat to Liverpool in the EFL Cup final at the weekend, Luton’s top-six Championship hopes were boosted with a narrow success over Derby County. Luton and Chelsea are meeting in the FA Cup for the second consecutive season, with the Blues running out 3-1 winners in round four at Stamford Bridge last season. Luton, who have lost eight of their last 11 FA Cup matches against top-flight sides, are looking to reach the quarter-finals of the competition for the first time since 1994, when they lost to Chelsea at the semi-final stage. Between them, Luton and Chelsea have netted 14 FA Cup goals this season, with each side having seven different players net for them in the competition exactly once. However, none of those 14 players were on the scoresheet in this fixture last season.