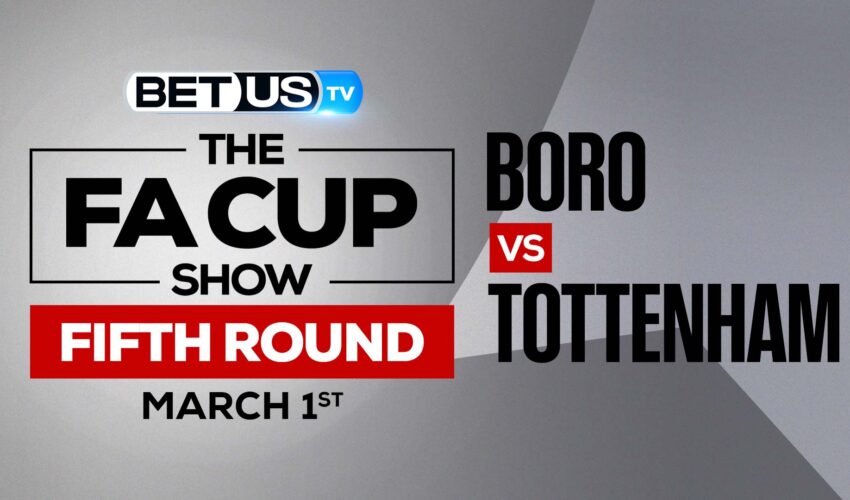 Middlesbrough and Tottenham take on each other at Riverside Stadium in a highly-anticipated FA Cup game. Join our host and top capper Flash Watson as he delivers his best bets ahead of the FA Cup Round of 16 fixtures. Sign-up at BetUS TODAY and get 125% BONUS. Use the Promo Code BETUSTV125. Terms and Conditions apply.

The Boro are fighting to book their place in the Championship playoffs, but they have big ambitions for the FA Cup last 16 as well. Middlesbrough has only won one of their last 13 meetings with Spurs in all competitions. As a side outside of the English top-flight, Middlesbrough is looking to eliminate multiple top-tier opponents in the same FA Cup campaign for the first time since 1992. In 24 previous FA Cup matches, Tottenham’s Harry Kane has netted 16 times, which since his debut for Millwall in the competition in January 2012, is bettered only by Sergio Aguero. Tottenham manager Antonio Conte has lost only one of his eleven domestic cup matches against teams from a lower division.