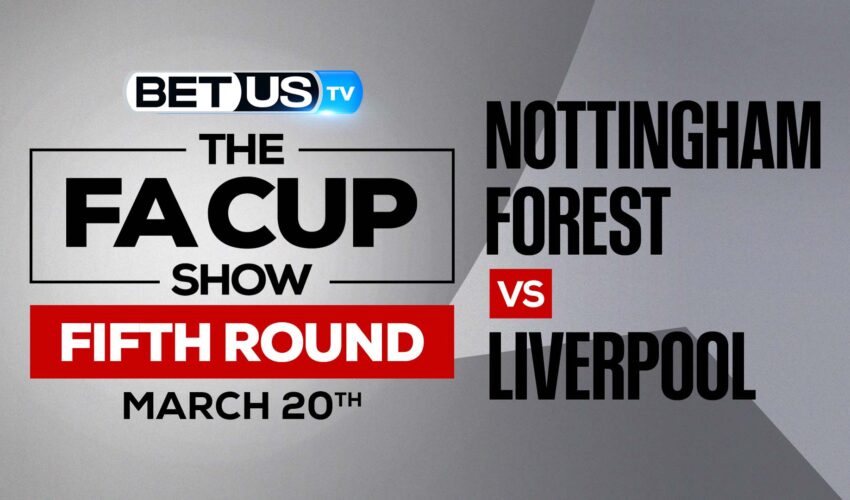 Nottingham is set to play Liverpool at the City Ground on Sunday in the quarter-finals of the FA Cup.

Nottingham Forest has overcome Arsenal and Leicester in the FA Cup this season but Sunday’s quarter-final with Liverpool may prove to be a step too far. They enter this game on the back of a 3-1 win over Mark Warburton’s Queens Park Rangers in the EFL Championship. Liverpool, on the other hand, beat Mikel Arteta’s Arsenal 2-0 in the English Premier League. Second-half goals from Portuguese attacker Diogo Jota and Brazilian forward Roberto Firmino secured the win for Jurgen Klopp’s side. They are gunning for the Premier League title, while also competing in the Champions League and the FA Cup. They have already lifted the EFL Cup, and a potential quadruple is on the cards.

Come and hang out with BetUS’s host, Gordon “Flash” Watson to discuss the latest FA Cup odds and deliver to you his hottest FA Cup picks for the quarter-finals.