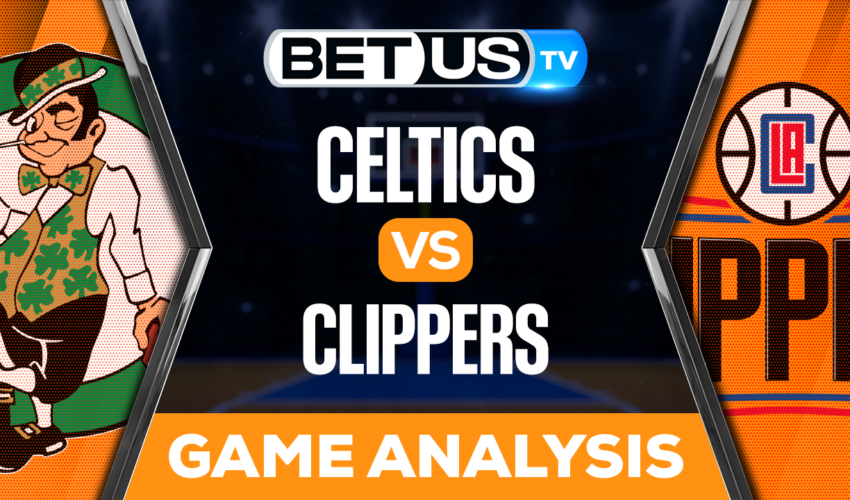 The Boston Celtics fly to Los Angeles for back to back games against the Clippers and then versus the Lakers. Boston comes into the bout with the NBA’s current best record, however losing to the Warriors in a rematch from the 2022 NBA Finals. As for the Clippers, they return to home soil after a short trip to the Wizards on Saturday night. Tip off for this game is set to start at 10:30pm Eastern Time.

Boston currently boasts the NBA’s best offense, with 44% from the field overall and a 30% from deep range. Possible MVP Jayson Tatum had a tough night with just 6 out of 21 from the floor, scoring only 18 points in the Celtic’s loss. Boston’s bench was out of sync as well, shooting 9 of 33 for the night and combined for a total 28 points in an unexpected loss. Jaylen Brown was the only Celtic to pull through, leading Boston with 31 points and 9 rebounds.

Boston is hopeful to see the return of starter Al Horford for this match. Horford has sadly missed the last 2 games due to health and safety protocols.

The Los Angeles Clippers fly back home after a four game away drive that ended with a 2-2 record. After defeating the Hornets in their first game of the trip, the Clippers lost 2 consecutive games against both the Magic and the Heat.

PG Reggie Jackson was on the sidelines for Saturday’s game due to rest, and Norman Powell is still listed as out thanks to a tough groin injury.

The Boston Celtics had a rare poor showing on Saturday and definitely struggled on the defensive end mainly on the perimeter. The Clippers have been one of the better defensive squads in the league and are a strong rebounding team after a loss. Nevertheless, Boston are unlikely to have 2 consecutive underwhelming shooting matches and will also have Al Horford back on the court to control the perimeter shooters.

As such we take a Boston win this time around.

Let’s check the latest NBA picks, news, stats and NBA expert picks for Celtics vs Clippers. We’ve plenty of NBA predictions for you to consider.

The implied probability for these two teams attached to the betting lines have Celtics at a 61.54% chance of winning the game, meanwhile Clippers have 41.67% probability of finishing the game with the W.