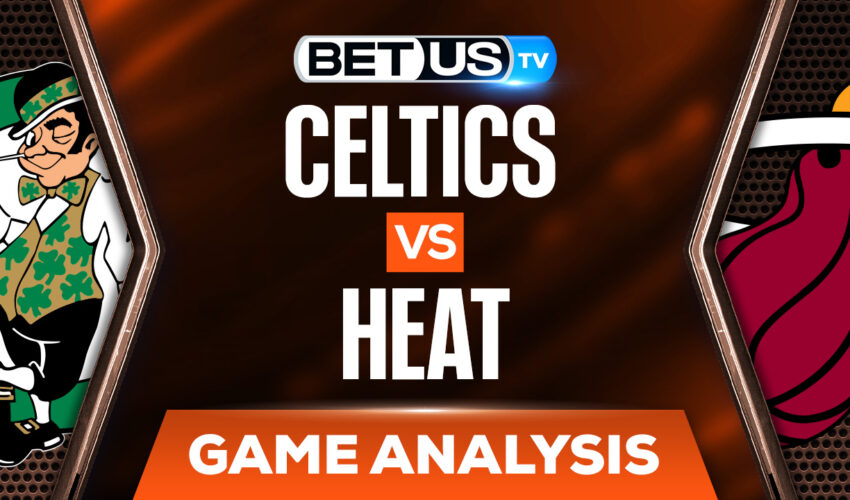 Jayson Tatum (31 points) woke up to lead the Boston Celtics to a resounding 102-82 victory in Game 4, allowing them to tie the series at two games per side. Despite not having Marcus Smart (Defensive Player of the Year), the Celtics did a great job containing Jimmy Butler, who finished with only six points and one assist.

Having Robert Williams III was huge for Boston. He was one of four players, besides Tatum, that scored 10+ points. The big fella added nine rebounds and two blocks. He also did a great job defending Bam Adebayo, Miami Heat’s big fella. Adebayo went from scoring 31 points in Game 3 to scoring nine points in Game 4.

The Heat truly missed Tyler Herro (groin), who usually is a breath of fresh air from the bench. He remains questionable for tonight’s matchup. Kyle Lowry (hamstring) is also questionable, while P.J. Tucker (knee), Max Strus (hamstring) and Gabe Vincent (hamstring) are probable.

On Monday, Miami’s starters combined for 18 points. That’s the fewest by a starting five in the playoffs since starters were first tracked in 1971. That simply can’t happen again, or they’ll return to Boston on the brink of elimination.

“I don’t think we need to worry about individuals. I think we need to figure out how to win as a team. That’s the most important thing, how to get stops as a team, how to score as a team and continue to do everything as a team,” Butler said after the blowout.

The good news for Miami is that the series returns to FTX Arena, where the Heat own a 36-13 record, 10-1 in their last 11. Plus, neither team has been able to win two games in a row. Even so, the Celtics come in as the NBA betting favorites by 1½ points. The Celtics are 10-1 against the spread in their last 11 games on the road.

Smart (ankle) remains questionable, same as Williams (knee). On the other hand, Sam Hauser (shoulder) has been downgraded to out.

Game 6 of the Eastern Conference final is scheduled for Friday.

The implied probability for these two teams attached to the betting lines have Celtics at a 59.18% chance of winning the game, meanwhile Heat have 44.44% probability of finishing the game with the W.