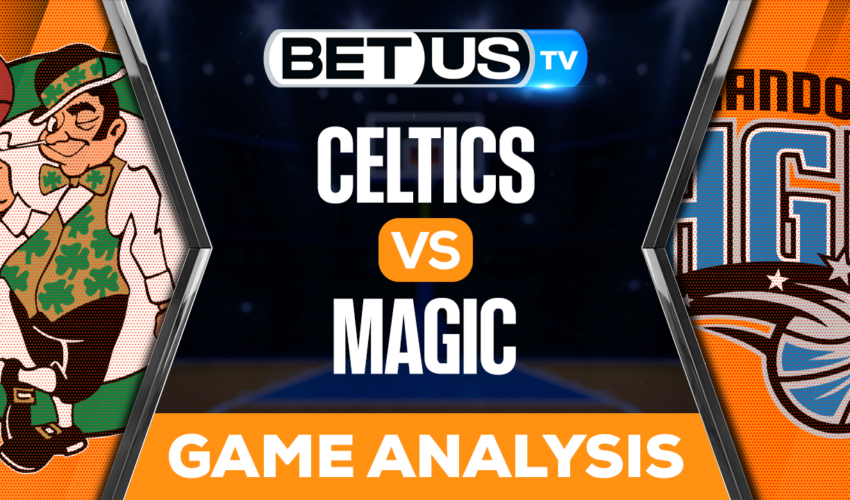 The Orlando Magic continue to be an inconsistent team this season. They are one of the worst scoring teams this season, averaging a total of 110.9 points per game. The performance of two of their best players has not been the most accepted, that is the case of Paolo Banchero and Bol Bol, who have shown only a few touches during the games. The Orlando Magic are 13th in the Eastern Conference with a negative record of 17-29 and 11-12 playing at home.

Let’s check the latest picks, NBA news, stats and NBA expert picks for Celtics vs Magic. We’ve plenty of NBA predictions for you to consider.

The Boston Celtics continue to be the favorite team of many this season to make it to the Finals. The team is on a 9-game unbeaten streak. Their last loss was to the Oklahoma City Thunder by a score of 150-117, a defeat that undoubtedly made the Celtics wake up as this was their second consecutive loss. The performance shown by Jayson Tatum and Marcus Smart have been of great help for the team’s success this season. However, for this game the Celtics are missing Marcus due to injury, which is an important loss for the team. The Celtics are first in the Eastern Conference with a positive record of 35-12 and are one of the teams with the best away record at 17-7.

Although the Orlando Magic have won 2 of 3 games between the two teams this season, the Celtics are favored to win this game according to the oddsmakers. We will see if the Celtics are able to continue their winning streak or if the Magic will be able to improve their performance against the best team in the league.

The implied probability for these two teams attached to the betting lines have Magic at a 27.40% chance of winning the game, meanwhile Celtics have 76.47% probability of finishing the game with the W.