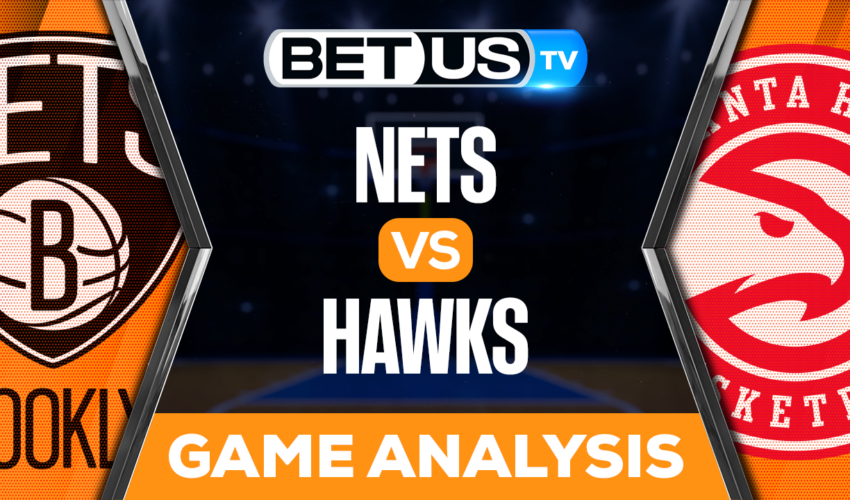 On Wednesday evening, we’ll have an exciting Eastern Conference matchup at State Farm Arena when the Atlanta Hawks play host to the Brooklyn Nets. The Nets are looking to extend their nine-game winning streak, while also improving their 22-12 record overall and 10-7 record on the road. Meanwhile, the Atlanta Hawks head into this one with a 11-6 record at home and facing the second match of a back-to-back set.

The Nets arrive at the State Farm Arena after taking down the Cavaliers in a 125-117 victory. If we take a look at their offensive side, Brooklyn definitely showed up to the match as they were making shots from all over the court. That said, they will have to keep all the momentum going heading into this one if they want to challenge the Hawks on the road.

Brooklyn is scoring 114.4 PPG while shooting 51% from the floor, which is the 13th most points scored per match and the highest team shooting percentage in the NBA. If we talk about the Nets, it’s impossible to not mention Kevin Durant, who continues to lead his team on the offensive end of the court. He is averaging a whopping 30 PPG, making him the 6th best scorer in the entire league.

The Atlanta Hawks head into this game on a positive note too, as they are fresh off a 130-105 victory over the Detroit Pistons. They managed to dominate on both ends of the floor, though their campaign hasn’t been that great if we compare them to the Nets. They are currently 6.5 games back from the Boston Celtics, which puts them in seventh place in the Eastern Conference standings.

Fortunately for the Hawks, they are allowing their opponents to shoot a lowly 34.1% from three-point liner, which is the fourth-lowest three-point shooting percentage allowed in the entire league. This will play heavily in their favor against a Nets team that seems to rely on Durant making long-range shots. That said, they will have to contest shots both near the rim and on the perimeter, if they want to give the Nets a run for their money.

Let’s check the latest NBA picks, news, stats and NBA expert picks for Nets vs Hawks. We’ve plenty of NBA predictions for you to consider.

The implied probability for these two teams attached to the betting lines have Hawks at a 36.36% chance of winning the game, meanwhile Nets have 71.43% probability of finishing the game with the W.