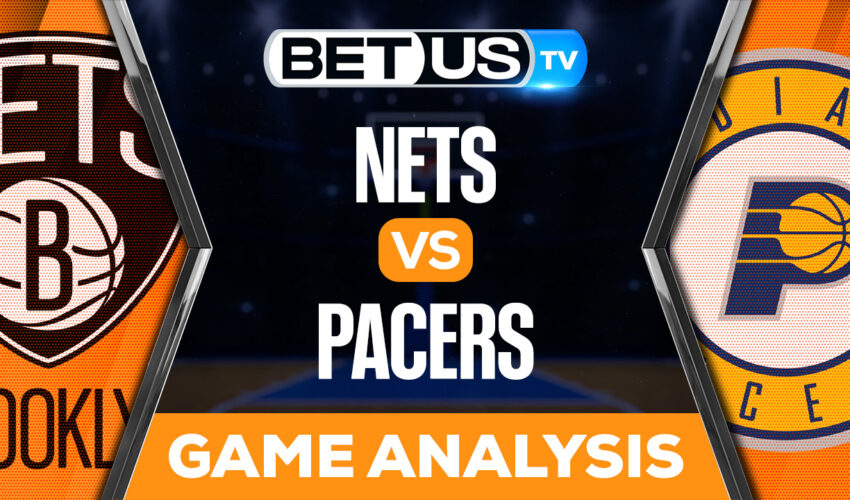 On Friday, the Brooklyn Nets are taking a trip to Indianapolis to face off against the Indiana Pacers. The last time that these two teams met, Brooklyn walked away with a 116-109 win.

The Nets are heading into this match after recently taking down the Toronto Raptors with a 112-98 victory. Brooklyn had it working on both ends of the court, and they now will have to carry that momentum over into this encounter if they want to have a good shot at taking down the Pacers on the road.

Brooklyn is sitting in 10th place of the Eastern Conference standings, still being 5.5 games back from the Boston Celtics, who are holding the 1st place. They will have to start picking up some wins if they want to continue to climb the ranks. When it comes to their offense, they are scoring 111.4 points on average and they are shooting 49.2% from the floor.

Meanwhile, the Pacers are entering this encounter after dropping a game to the Minnesota Timberwolves with a 115-101 loss. Indiana has struggled on the offensive end thing, as they only shot 38.5% from the floor. If they want to defend their home court against the Nets, they will have to be more efficient.

Indiana is currently holding fifth place in the Eastern Conference standings, as they are 3.5 games back from the Boston Celtics. They have also won 7 out of their last 10, as though they have to stay hot if they want to reach the top. On offense, the Pacers are scoring 115.9 points per game, which is the seventh most points scored per game in the league.

They are shooting 36.9% from behind the arc, which puts them in the 12th-highest three-point shooting percentage in the league. Tyrese Haliburton is leading the way for his team, scoring 19.8 points per game and 10.9 assists on average. The main reason why he leads the team in both of those categories is because he has continued to get his teammates involved.

Let’s check the latest NBA picks, news, stats and NBA expert picks for Nets vs Pacers. We’ve plenty of NBA predictions for you to consider.

The implied probability for these two teams attached to the betting lines have Nets at a 60.78% chance of winning the game, meanwhile Pacers have 42.55% probability of finishing the game with the W.