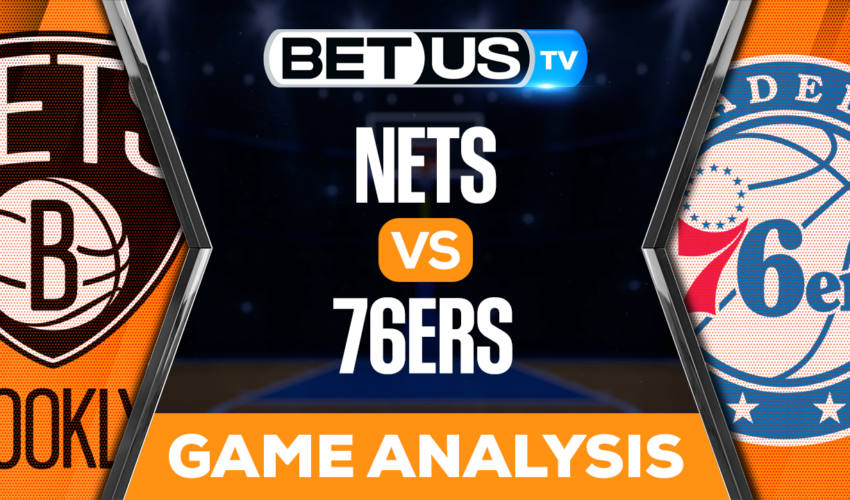 On Wednesday, James Harden and the Philadelphia 76ers will play Kyrie Irving and the Brooklyn Nets at the Wells Fargo Center in a major Eastern Conference matchup. The Nets have won two games in a row, including a victory over the Golden State Warriors by a score of 120–116. Philadelphia, meanwhile, has won seven of its last eight games and five of a row.

Right now Kyrie Irving is one of the NBA’s top ball handlers. The seven-time All-Star is unafraid of being touched at the basket. Irving possesses a blend of agility, skill, and speed. While averaging 26.7 points, 5.1 rebounds, and 5.0 assists per game, Irving also has scored at least 30 points in each of the last three contests. Irving recorded 41 points, 11 rebounds, and 6 assists on January 20.

Meanwhile, Nic Claxton has nimble feet and the instincts to consistently guard the rim. The Georgia product performs well on pick and rolls and while cutting to the rim. With 12.7 points per game, he leads the NBA in field goal percentage (73%) and blocks (2.7). Claxton has also recorded a double-double in five of his last seven games.

Let’s check the latest picks, NBA news, stats and NBA expert picks for Nets vs 76ers. We’ve plenty of NBA predictions for you to consider.

Now if we take a look at the 76ers, James Harden excels at all three levels of scoring and playmaking. Harden enjoys speeding things up and can dismantle defenses in a flash. The 10-time All-Star, who averages 11.2 assists along with 21.5 points and 6.5 rebounds, is a skilled passer. In four of his last six games, he has provided at least 13 assists. Harden had a triple-double on January 19 with 16 points, 10 rebounds, and 14 assists.

Similarly, Tyrese Maxey presents a significant scoring opportunity in the backcourt. Maxey develops his own offense thanks to his adept ball handling and consistent outside jumper. The Kentucky native scores 21.1 points, grabs 3.0 rebounds, and distributes 3.8 assists per contest. Additionally, he makes 38% of his 3-point attempts. Maxey had a total of 32 points and six assists on Saturday.

Keeping in mind that Durant is out for Brooklyn and that it is unknown whether Embiid, Harden, or both will play for Philadelphia in this game, both teams may be without key players. The Nets have won their last two games, but facing a Philadelphia club that is coming off a perfect 5-0 road trip could be challenging.

The implied probability for these two teams attached to the betting lines have 76ers at a 66.67% chance of winning the game, meanwhile Nets have 37.04% probability of finishing the game with the W.