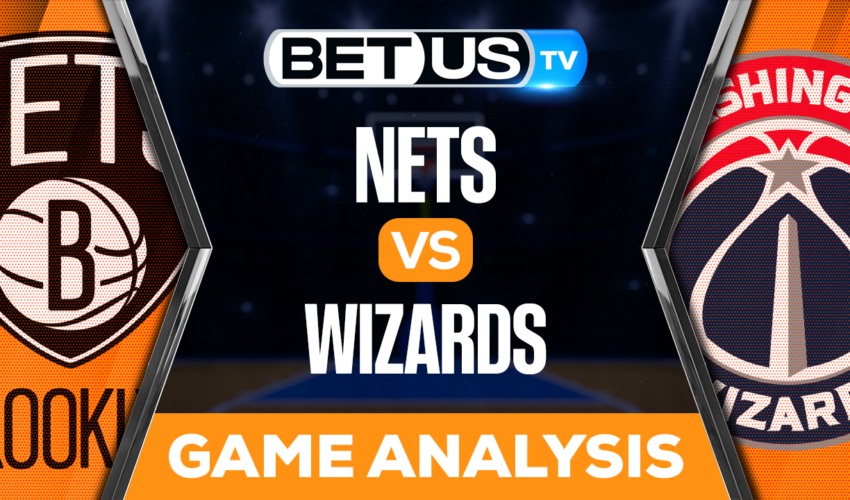 This Tuesday we will have a game between two teams that are experiencing very different realities. We talked about the game between the Brooklyn Nets who will have to visit the city of Washington to face the Wizards.

The home team, the Wizards, can’t get up from their losing streak they’re going through. The Washington team comes to this game with a streak of 6 consecutive games without being able to win. The last one was on November 28 when they defeated the Minnesota Timberwolves by a score of 142-127. The team has not been able to find its best version so far this season, it has had many ups and downs and has not been able to consolidate. Their players called to appear have not done so, such is the case of Kristaps Porzingis and Monte Morris, who have had extremely poor performances this season. The team has a negative record of 11-16, playing at home has not been an advantage for them either, since out of 14 games at home they have only been able to win 6 of them. They sit 12th in the Eastern Conference with a .407 PCT.

But the situation of the Brooklyn Nets is very different. The team led by Jacque Vaughn have won 3 consecutive games, their main figure, Kevin Durant, has been a great help to the team, being the scoring leader with an average of 30 ppg and leader in assists, Nic Claxton has also been an important pillar of the team is the leader in rebounds. The Nets sit fourth in the Eastern Conference with a .571 PCT and a positive 16-12 record.

There is no doubt that the Nets arrive as favorites for this game, and it is that in the 2 games already played between both teams they have achieved victory in both, so the chances of winning the game are higher than that of their rival with a 53.6% against just a 46.4% chance for the Wizards team.

Let’s see which of the two teams manages to prevail, if it will be the Nets who continue to make their winning streak bigger and if it will rather be the Wizards who can end this terrible streak they are going through.

Let’s check the latest NBA picks, news, stats and NBA expert picks for Nets vs Wizards. We’ve plenty of NBA predictions for you to consider.

The implied probability for these two teams attached to the betting lines have Wizards at a 35.71% chance of winning the game, meanwhile Nets have 68.75% probability of finishing the game with the W.