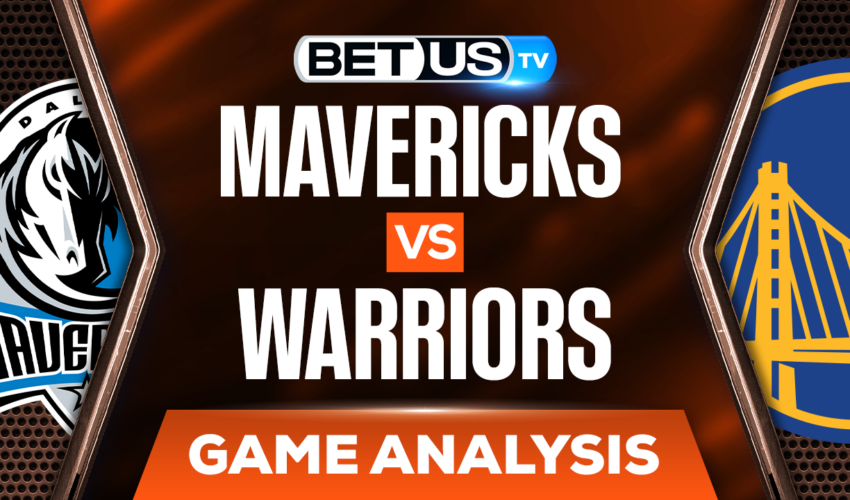 History could be rewritten tonight at Chase Center. With a victory, the Golden State Warriors would become the fifth franchise in NBA history to record 200 wins in the playoffs. And of course, the Dubs would also take a 2-0 lead over the Dallas Mavericks in the Western Conference Finals.

The Warriors won Game 1 (112-87) without any trouble. Seven players scored 10+ points, with Stephen Curry leading the pack with 21. Curry also added 12 rebounds. Andrew Wiggins scored 19 points, but his defensive effort against Luka Doncic made him the MVP.

Doncic was limited to a postseason low 20 points, shooting 6-for-18. Spencer Dinwiddie came off the bench to contribute with 17 points.

“One game we did an excellent job defensively, but we are under no illusion that we’ve figured anything out. There’s a good chance those shots start going in the next game, so we just have to stay committed and stay aggressive and play with force” Golden State’s head coach Steve Kerr said about Doncic.

If the Mavericks want to stand a chance, Jalen Brunson needs to be more productive on both ends of the court. Especially on offense. Doncic’s wingman finished Game 1 with 14 points, four assists and four rebounds. He missed all five of his three-point attempts.

The visitors come in as the NBA betting underdogs for Game 2 by 6½ points. That’s not a surprise considering Golden State is 9-0 straight up in its last nine games when playing at home. However, Dallas is 6-2 against the spread in their last eight games when facing the Warriors on the road.

Losing the first two games wouldn’t be ideal, but Dallas already overcame a two-game deficit against the Phoenix Suns. “We’ve got to come out and play harder and play better. We’re going to believe. So the confidence is the same,” Doncic said.

There’s a chance for Andre Iguodala (Golden State) to return, but Gary Payton II and James Wiseman remain out. As for the Mavericks, Tim Hardaway Jr. is the only player discarded.

The implied probability for these two teams attached to the betting lines have Warriors at a 71.43% chance of winning the game, meanwhile Mavericks have 32.26% probability of finishing the game with the W.