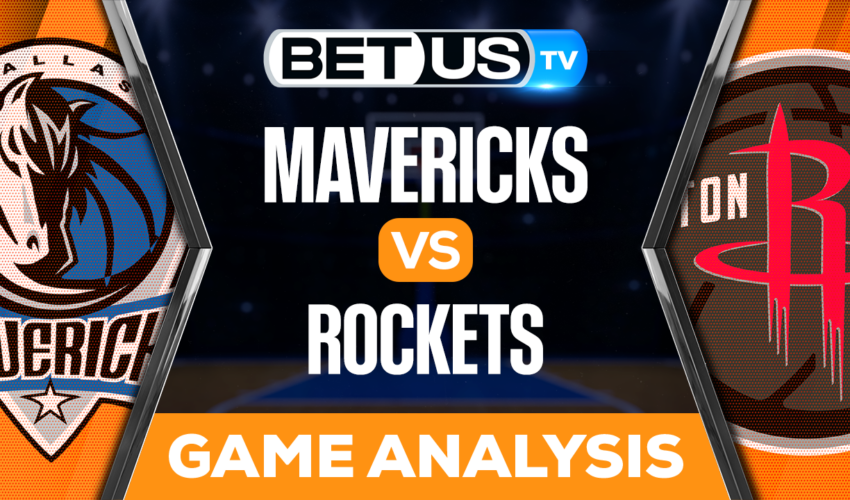 The Mavericks recently played against the Timberwolves and managed to take the game with a final scoreline of 104-99. Dallas finished the game with a 45.3% field goal percentage, showing great efficiency from mid range. When they shot from the free throw line, the Mavericks completed 23 of 27 attempts for an incredible rate of 85.2%.

Luka Doncic, as usual, was the MVP of the match putting up some incredible statistics. Doncic finished 50.0% from the field while also dishing out 10 assists. He played for 37 mins, finishing with 25 points on 8 out of 16 shooting percentage.

On the defense side, the Mavs are able to push 14.8 turnovers on a regular basis thanks to quick hands from the perimeter defense.

As for the Rockets, they recently fell with a final scoreline of 116-110 against the Orlando Magic. The Rockets did take 40 defensive rebounds and 9 offensive rebounds for a big total of 49 in this matchup, showing their strong athleticism on the floor.

Kevin Porter Jr. was the key piece for the Rockets in this game. He put up 12 out of 19 shots giving him a rate of 63.2%, also providing defensive power with 6 rebounds. Porter Jr. grabbed a total 31 points in his 35 mins on the floor.

The Houston defense concedes around 36.5% of 3 point shots as their rotations on the extra man on the perimeter seem to be a little slower than usual. One of the big question marks is how the Rockets will be able to stop Luka Doncic on ball movement paired with needing to keep an eye on Christian Wood plus Norman Powell on the alley oops.

We believe Luka will be simply too much for the Rocket’s defense to handle, thus we take a Mavs win.

Let’s check the latest NBA picks, news, stats and NBA expert picks for Mavericks vs Rockets. We’ve plenty of NBA predictions for you to consider.

The implied probability for these two teams attached to the betting lines have Rockets at a 29.41% chance of winning the game, meanwhile Mavericks have 74.36% probability of finishing the game with the W.