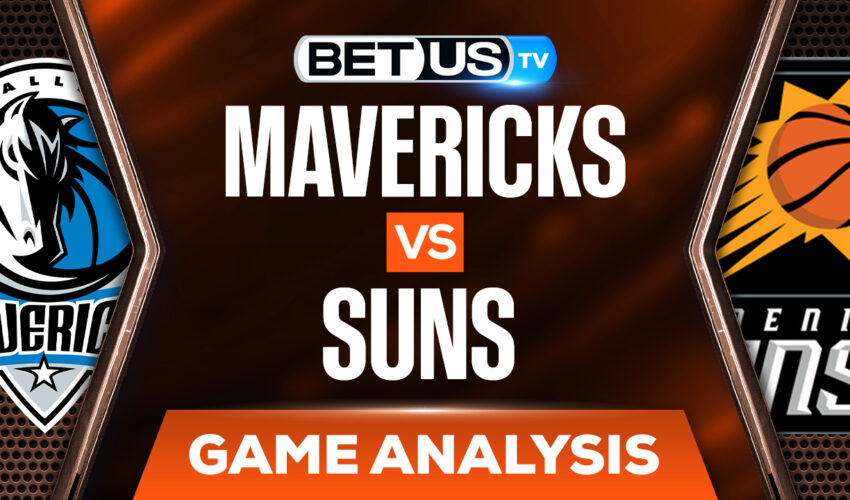 Luka Doncic isn’t the future of the NBA. He’s the present. Dallas Mavericks’ guard finished Game 1 of the Western Conference Semifinals against the Phoenix Suns with 45 points, 12 rebounds and eight assists. Unfortunately for him, that wasn’t enough for his team to snatch the victory. Phoenix ended up winning 121-114.

Even so, Doncic’s performance was crazy. He alone scored more points than the rest of Dallas’ starters combined (39). Jalen Brunson, who had a great series against the Minnesota Timberwolves, couldn’t keep up. He only recorded 13 points.

Regarding the Suns, things were completely different. First of all, Deandre Ayton led the team in scoring with 25 points. Second of all, Devin Booker led the team in assists with eight. Last but not least, Chris Paul finished with 19 points, while Cameron Johnson added 17 points coming off the bench. In other words, it was a team effort.

According to Doncic, that was the problem: “I think our defense lost us the game. Our start on the defensive end was terrible, and we’ve got to change that. I know we can play way better defense,” he explained.

The thing is that the Mavericks also lost Game 1 of their first-round series against the Utah Jazz. Then, they won two in a row, including one on the road. As head coach Jason Kidd told the press: “We’ve just got to get someone to join Luka’s party.”

It won’t be Tim Hardaway Jr. (left foot), who’s the only player on the Mavericks’ injury report. As for the Suns, Dario Saric (Right ACL) is the one who won’t be available.

The implied probability for these two teams attached to the betting lines have Suns at a 71.43% chance of winning the game, meanwhile Mavericks have 32.26% probability of finishing the game with the W.