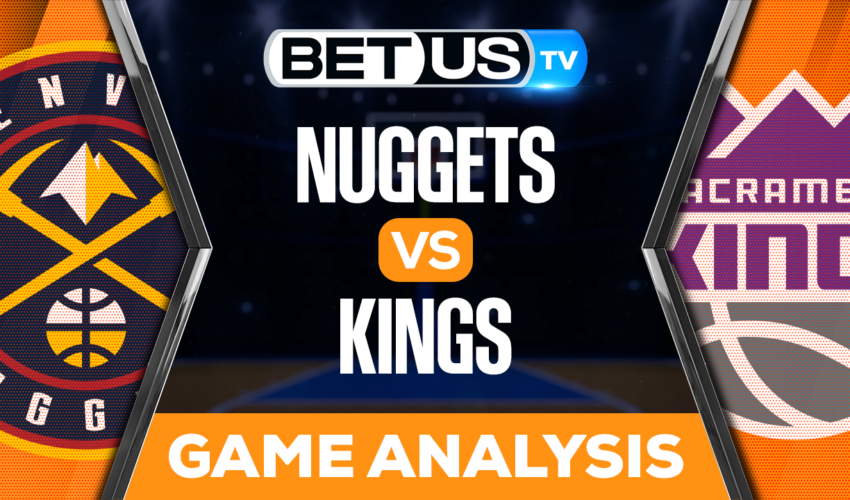 The Denver Nuggets will take a trip to Sacrament to visit Sacramento Kings on Tuesday for a Western Conference encounter at Golden 1 Center. The Nuggets have won four games in a row, while the Kings have won three of their past five. These teams will meet in consecutive encounters on Tuesday and Wednesday. Something to keep in mind is that the Kings’ star Domantas Sabonis is questionable for the matchup with a right-hand injury.

While not a lot of people expected this, the Denver Nuggets are one of, if not the, hottest teams in the NBA as of today. With recent triumphs over the Grizzlies, Blazers, and Suns, the Nuggets are looking in great shape. Their star center Nikola Jokic has been the driving force, with several triple-double performances and keeping up a great form throughout the entire season so far.

In their last outing, the Nuggets took down the Suns 128-125 in OT on Christmas Day, with Jokic leading the way once again with 41 points, 15 boards, and 15 assists. Just as expected, the Joker is still dominating the entire league. His 83rd triple-double was also the fourth 40-point, 15-rebound, 15-assist game in NBA history.

On the other hand, the Kings got beaten down by the Wizards in their last game, but we could say that a more significant loss was Sabonis’ hand injury. The 26-year-old player has been a determining factor in Scarament’s resurgence, averaging 17.9 PPG and a league-leading 12.4 RPG. Since the 2005-06 season, Sacramento has not made the playoffs, which is currently the longest drought in the NBA.

Sabonis had his second consecutive triple-double for the Kings with 20 points, 15 rebounds, and 10 assists in the defeat against the Wizards. Meanwhile, De’Aaron Fox picked up 26 points, and Malik Monk contributed 16, though it wasn’t enough to beat a Washington team that had lost 10 of its last 11 games.

Let’s check the latest NBA picks, news, stats and NBA expert picks for Nuggets vs Kings. We’ve plenty of NBA predictions for you to consider.

The implied probability for these two teams attached to the betting lines have Nuggets at a 61.54% chance of winning the game, meanwhile Kings have 41.67% probability of finishing the game with the W.