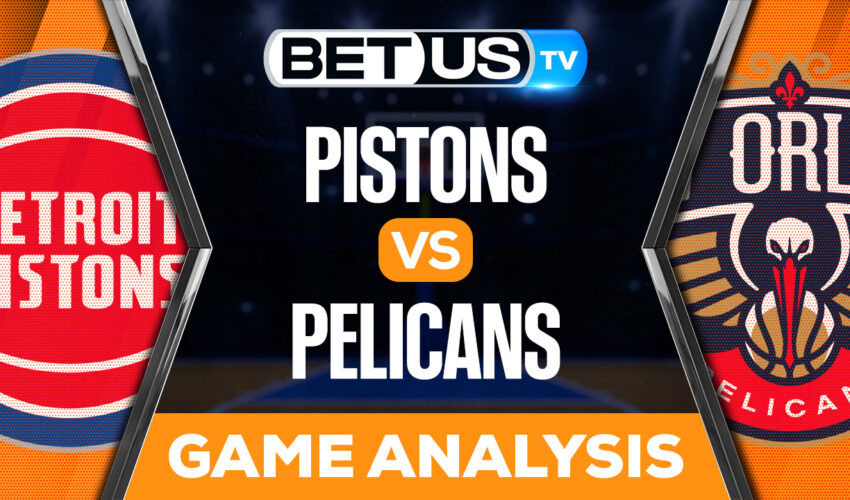 This Wednesday a match between two teams that are experiencing very different realities will be taking place. We refer to the game between the Detroit Pistons team, who will be visiting the home of the New Orleans Pelicans.

The Detroit Pistons team still can’t raise their performance this season, they are one of the worst ranked teams in the league. Despite having won their last game against the Miami Heat by a score of 116-96, this does not clean up the bad season they have had. Of the last 5 games played they have only achieved 2 victories. Unfortunately for the Pistons, they also lose several players due to injury, such is the case of Cade Cunningham and Isaiah Livers, who will not be present at the game. The Detroit team is located in the penultimate position in the Eastern Conference, with a negative record of 7-19 and a PCT of .269, the third worst of the season. Added to this, the Pistons are one of the worst teams playing on the road, since they have only been able to win 3 of 14 games on the road.

But the reality of the New Orleans Pelicans is very different. The team has surprised many with its performance and excellent games this season, without a doubt one of the teams that has surprised. The Pelicans come from a 4-game streak without losing, the last loss was against the Memphis Grizzlies on November 25 by a score of 132-111. One of their greatest virtues has been winning at home, where out of 12 games played they have only lost 3, which is an important point to take into account for this game. The Pelicans are second in the Western Conference, with a positive record of 15-8, being one of the best teams in the league. However, not everything is good news for the New Orleans team, since for this game they lose Devonte’ Graham, Herbert Jones and Brandon Ingram due to injury.

Clearly the Pelicans are favorites to win the game and this is shown by the data, since they arrive at this game with an 85.9% chance, against only 14.1% for the Pistons team.

Let’s check the latest NBA picks, news, stats and NBA expert picks for Pistons vs Pelicans. We’ve plenty of NBA predictions for you to consider.

The implied probability for these two teams attached to the betting lines have Pelicans at a 84.62% chance of winning the game, meanwhile Pistons have 19.42% probability of finishing the game with the W.