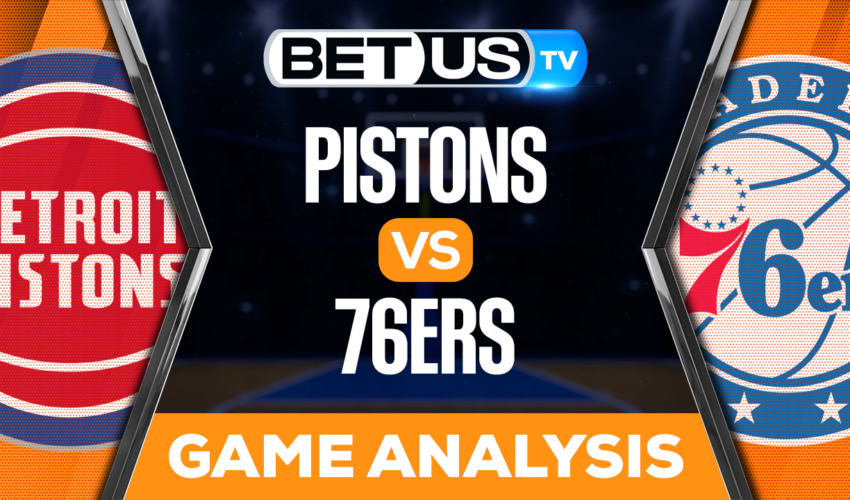 Tonight, the Pistons will play the 76ers for the second straight game, this time on the road. Philadelphia won by a landslide in the previous meeting with 71 points scored by the 1st half alone. The 76ers destroyed the Pistons in their previous game without Joel Embiid and he may be returning to face a historically bad defense, so this could be a disaster for Detroit.

The Pistons’ poor performance on the court this year has earned them one of the worst records in the NBA. Their rebounding, however, is near the league average. While the Sixers will be without starting center Joel Embiid, the Pistons rank a respectable eighth in rebounding per game (52.5 RPG) and are twelfth in offensive rebounding (11.3 ORPG).

The Pistons need a big performance from center Isaiah Stewart if they want to control the offensive glass. Despite only averaging 28.5 minutes per game, Stewart is second on the team in rebounding average with 7.9 RPG. With backup Jalen Duren sidelined, he should see more playing time than usual. He just had one of his best games of the season. Stewert scored 20 points and a season-high 13 rebounds in Sunday’s loss to the 76ers.

Meanwhile, the 76ers have a great chance to cover again against a Detroit team they just beat by 12 points, despite losing star Joel Embiid. The 76ers’ strong defense allowed them to beat the Pistons despite shooting just 30% from beyond the arc. Philadelphia managed the glass extremely well without their center and still managed to win by forcing 23 turnovers.

The game that James Harden played on Sunday was the talk of the town. With 20 points, 11 assists, and 10 rebounds, Harden recorded a triple-double. The 76ers’ 4-2 record without Embiid in the lineup is largely due to Harden’s contributions. He has replaced his star center and still managed to score 20.2 points per game, dish out 10.2 assists per game, and grab 6.7 rebounds per game this season.

Let’s check the latest NBA picks, news, stats and NBA expert picks for Pistons vs 76ers. We’ve plenty of NBA predictions for you to consider.

The implied probability for these two teams attached to the betting lines have 76ers at a 88.89% chance of winning the game, meanwhile Pistons have 15.38% probability of finishing the game with the W.