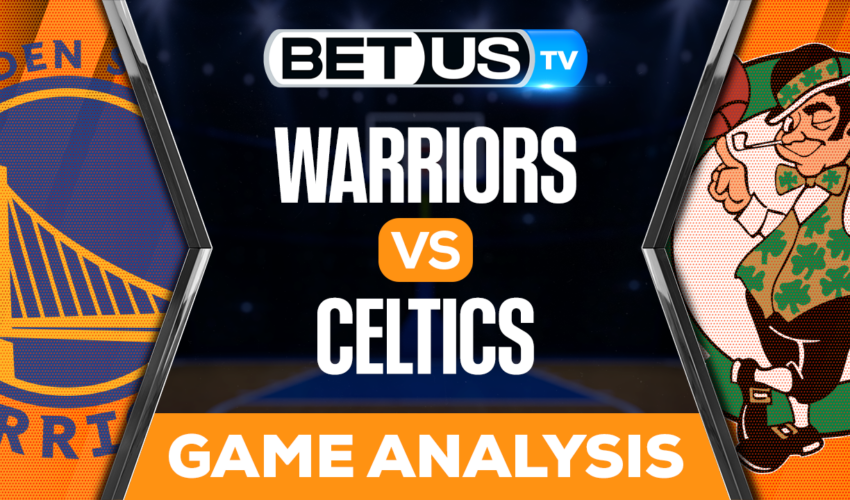 This Thursday, the Boston Celtics host the Golden State Warriors at TD Garden. The game is scheduled for 19:30 EST, at which time we will be able to relive that 2022 NBA finals where Golden State beat the Celtics 123-107.

The Boston Celtics have had a very quiet regular season. With a 17-5 record at home so far this season, Boston sits at the top of the ranking for home court advantage this season. It’s also important to note that they are coming into this game on a 7-game winning streak.

Boston is currently the best team in the NBA in offensive efficiency and ninth in defensive efficiency. The offense is led by Jayson Tatum with 31.1 points per game, followed by Jaylen Brown with 27.2. However, Jaylen Brown is questionable for this game due to a groin injury. Despite Brown’s injury the Celtics have been strong in his absence.

On the other hand Golden State comes in with a 5-17 road record, they have shown improvement while playing away from home after winning two of their last three games on the road. They are currently in seventh place in the Western Conference with a 20-23-1 record.

Their offense is led by Stephen Curry with 29.3 points per game, followed by Jordan Poole with 21 and Klay Thompson with 20.9. The Warriors are great at shooting from the three-point line, making 37.4% of their three-pointers.

The Celtics are playing great and even better at home, they are the most consistent team in the NBA. Golden State, on the other hand, has been inconsistent this season, including home games. Additionally, the Celtics are sure to be excited about playing a rematch from last year. Oddsmakers predict an easy win for the Celtics but don’t rule out a good game for Golden State.

Let’s check the latest NBA picks, news, stats and NBA expert picks for Warriors vs Celtics. We’ve plenty of NBA predictions for you to consider.

The implied probability for these two teams attached to the betting lines have Warriors at a 32.79% chance of winning the game, meanwhile Celtics have 71.43% probability of finishing the game with the W.