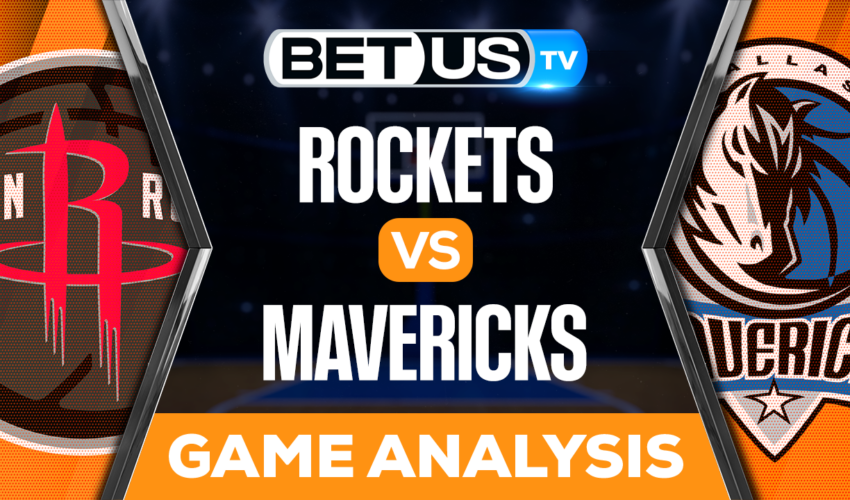 The Houston Rockets play the Dallas Mavericks in a Southwest Division matchup at American Airlines Center to cap off their three-game road trip. Both Houston and Dallas won their away games in their season’s first two meetings, which they split. Even though we may anticipate an interesting contest between these two teams, the Mavericks start this game as the clear favorites.

This past Tuesday, the Dallas Mavericks defeated the New York Knicks 126-121 in OT to extend their winning streak to four games. During the game, Luka Doncic went berserk and recorded the first triple-double in NBA history with at least 60 points and 20 rebounds. He also set a franchise record by scoring 60 points while posting 21 rebounds and dishing out 10 assists. Doncic forced OT with a crazy basket following an intentional missed free throw.

Only 13 of the Mavs’ 46 shots from beyond the 3-point line were successful, despite their 48.9% field goal shooting. They produced a 20/9 assist-to-turnover ratio and outscored the Knicks 50-48 in the paint. Christian Wood recorded a stat line of 19 points, nine rebounds, three blocks, and a couple of assists while Spencer Dinwiddie recorded a line of 25 points, six rebounds, and five assists.

Meanwhile, the Houston Rockets lost again on the second night of a back-to-back after halting a five-game skid with a 133-118 triumph over the Chicago Bulls on Monday. They were soundly defeated by the Boston Celtics 126-102 after giving up a whopping 70 points in the second half. With a combined 77 points on the night, Jaylen Brown and Jayson Tatum were difficult for the Rockets to contain.

At Boston’s TD Garden, Houston only managed a FG percentage of 40%. With 28 points on 11 of 12 shooting from the field, Jalen Green led the Rockets. Kevin Porter Jr. had 22 points and nine assists, and Kenyon Martin Jr. added 17 points and three rebounds. The Rockets score 110.2 points for every 100 possessions, which ranks them third worst in the NBA. Their field goal percentage is 29th in the league, while their assists per 100 possessions ranks last.

Let’s check the latest NBA picks, news, stats and NBA expert picks for Rockets vs Mavericks. We’ve plenty of NBA predictions for you to consider.

The implied probability for these two teams attached to the betting lines have Rockets at a 20.62% chance of winning the game, meanwhile Mavericks have 83.33% probability of finishing the game with the W.