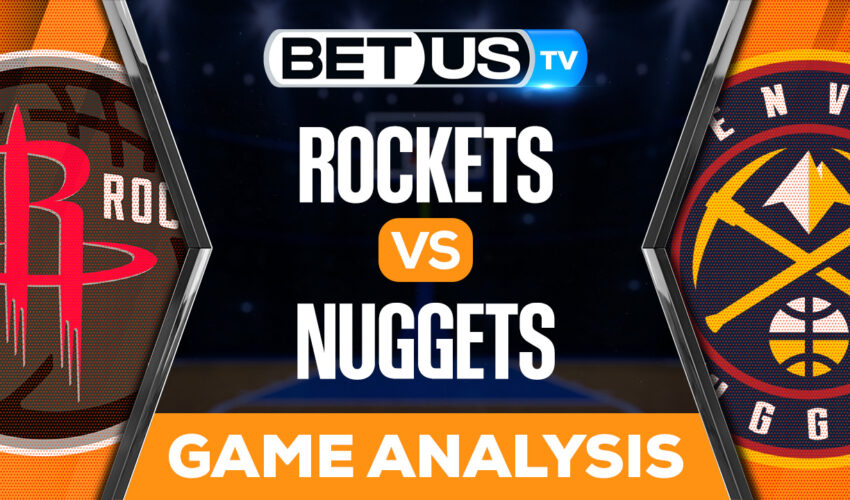 The rookie Houston Rockets team comes into this bout with huge momentum after a 2 game win streak. They managed to upset the Hawks on Friday with a 128-122 scoreline and then continued that good performance against the Thunder 118-105. The Rockets are now 5-14, trying to battle their way out of the bottom of their conference.

The Houston Rockets shot 52% from the field and were 18 of 36 from three point range, showing they have a basketball IQ to find open mid range shots throughout the entire game. Main star Jalen Green led the Rockets with 28 points and 9 assists while Alperen Sengun worked well both in offense and defensive with 21 points 19 rebounds, 7 assists, 3 steals and 2 blocked shots.

The Denver Nuggets currently stand at the top of the Northwest Division 12-7, with Portland stepping on their tail. The Nuggets are playing good fundamental basketball as they have won 2 games straight and 3 of their last 4, mainly by creating open spaces via third man passing possessions.

The Nuggets didn’t shoot well enough in their last game, but they were able to create 20 more shots than the Clippers mainly thanks to second chance rebounds on both ends of the field. Aaron Gordon had an incredible game with 29 points and 7 rebounds while reigning MVP Nikola Jokic had 19 points, 13 rebounds, and 6 assists.

Denver is coming off a very successful couple of away games where they won 3 out of 4, this will definitely provide some momentum going against the worst team in the conference. The Houston Rockets will have a tough task ahead, thus we lean towards the Nuggets this time around.

Let’s check the latest NBA picks, news, stats and NBA expert picks for Rockets vs Nuggets. We’ve plenty of NBA predictions for you to consider.

The implied probability for these two teams attached to the betting lines have Rockets at a 16.95% chance of winning the game, meanwhile Nuggets have 87.50% probability of finishing the game with the W.