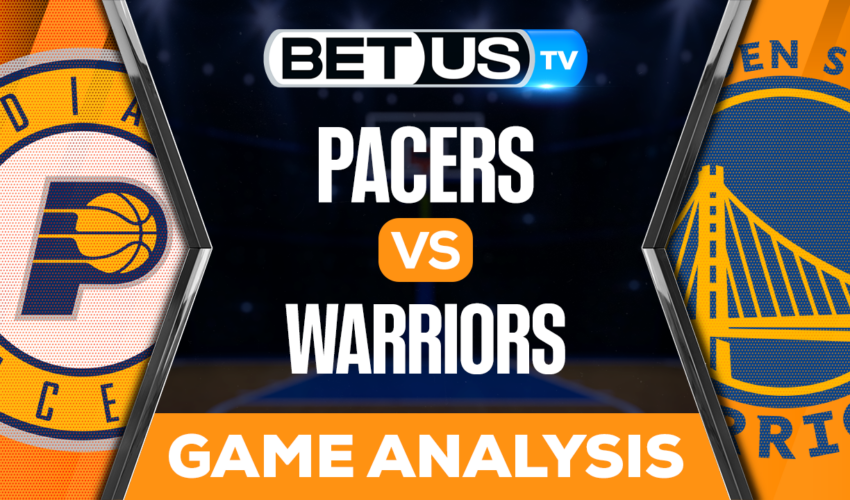 This Monday night we will be able to watch an NBA showdown at Oracle Arena, Oakland. Starring the Indiana Pacers against the Golden State Warriors. The game is scheduled for 10:10 PM EST. It will be the first time these two teams will face each other this season.

The Warriors are coming off a 120-101 win over the Houston Rockets. This was their second consecutive victory and fifth in six games. It was an excellent game for the Warriors who dominated throughout. The offense was led by Andrew Wiggins with 36 points and Stephen Curry with 30 points and ten assists. Their offense has improved considerably in recent weeks, scoring 114 points per 100 possessions and shooting 48% from the field and 38% from downtown.

On the other hand, the Pacers are coming off a dismal losing streak. They have had significant losses against Sacramento and Utah where the lead has been by 20 points or more in each game.

The team is already tired, although they are not doing so bad away from home. They have good elements to be able to reach the victory but they are not getting it. Tyrese Haliburton has not shown good performance in the last games, however Jalen Smith and Myles Turner have scored but it doesn’t seem to be enough to beat the Warriors.

Although the Warriors defense has not been at its best so far this season, their offense has been incredible. The Pacers will have to face one of the best offensive teams in the league.

Man for man, Golden State is in better shape, plus they have Stephen Curry. Add to that the fact that the Pacers are in a slump, it’s not hard to imagine the outcome.

Let’s check the latest NBA picks, news, stats and NBA expert picks for Pacers vs Warriors. We’ve plenty of NBA predictions for you to consider.

The implied probability for these two teams attached to the betting lines have Warriors at a 85.71% chance of winning the game, meanwhile Pacers have 18.18% probability of finishing the game with the W.