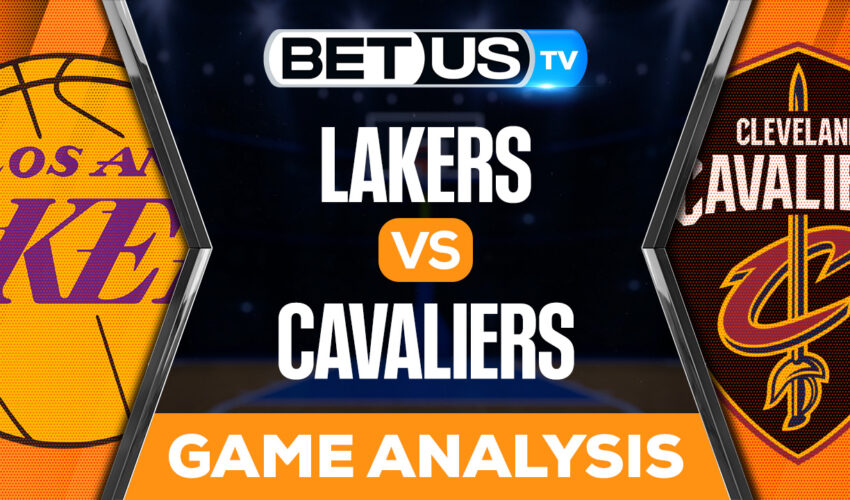 This Tuesday night, the Los Angeles Lakers visit Rocket Mortgage FieldHouse to duel the Cavaliers. The game is scheduled for 7:30 PM ET. Los Angeles is coming off a 130-119 win over the Wizards while Cleveland lost to New York 92-81.

The Cavaliers had a very bad game against the Knicks, they had a lot of trouble scoring, only scoring 81 points. Cleveland’s offense was led by Evan Mobley, with 11 points, ten rebounds and three blocks.

Cleveland is 7-3 in its last ten games, averaging 110 points on 47% shooting from the field and making 37% of its three-pointers. Their star player would be Mitchell, who averages 28 points per game. He is accompanied by Garland with 22 and Mobley with 15. Injuries abound in Cleveland. Ricky Rubio with a knee injury, Allen with a back injury and Dean Wade with a shoulder injury.

On the other hand, the Lakers managed to get their third consecutive victory, being led by star Anthony Davis, who averaged 28 points per game. Davis scored an incredible 55 points on Sunday. Los Angeles averages 114 points per game on 47% shooting from the field and 33% from the 3 line. Of course the Lakers also have star forward LeBron James who averages 26 points per game, 8 rebounds and 6 assists.

The truth is that Los Angeles is having a very good year with Davis and Lebron leading the offense. But it is worth mentioning that the Cavaliers have 10 wins and only one loss at home. It will be a tough battle where both teams will attack each other’s weaknesses. Los Angeles may have trouble slowing down the home team, but it’s still expected to be a close game.

Let’s check the latest NBA picks, news, stats and NBA expert picks for Lakers vs Cavaliers. We’ve plenty of NBA predictions for you to consider.

The implied probability for these two teams attached to the betting lines have Cavaliers at a 66.67% chance of winning the game, meanwhile Lakers have 37.04% probability of finishing the game with the W.