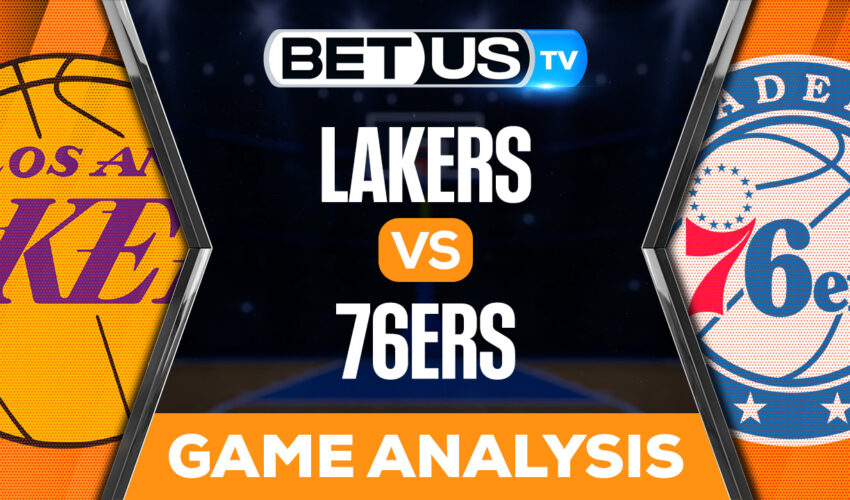 Philadelphia is not going through a good moment, this is their second losing streak of the season. They are coming off losses to Cleveland, Memphis and Houston. Although James Harden returned from injury, he did not have a good game. Their offense was led by Joel Embiid and his 39 points, followed by Tobias Harris with another 27. Embiid continues to lead the team averaging 31 points, 9 rebounds and 4 assists. The team’s second leading scorer is Tyrese Maxey with 22 points per game, who unfortunately was unable to play in the game against Houston due to a foot injury.

Although the Lakers had a terrible start to the season, they managed to recover a little bit. This Friday they will try to start a winning streak after losing to Toronto on Wednesday. Unfortunately the Lakers were without their superstar LeBron James due to a foot injury.

The Lakers are currently averaging 114 points per game, will that be enough to cover the scoreboard? With Philadelphia being one of the best defenses in the league, allowing only 107 points per game.

It’s an important game for the Lakers, but unfortunately they have a lot of injury problems. Not only LeBron but also Patrick Beverley, Juan Toscano-Anderson and Wenyen Gabriel are injured.

The 76ers have been doing very well lately, maybe Harden will play much better in this game, it is not easy to return to action after an injury. Hopefully he’s back in the groove.

Let’s check the latest NBA picks, news, stats and NBA expert picks for Lakers vs 76ers. We’ve plenty of NBA predictions for you to consider.

The implied probability for these two teams attached to the betting lines have 76ers at a 65.52% chance of winning the game, meanwhile Lakers have 38.02% probability of finishing the game with the W.