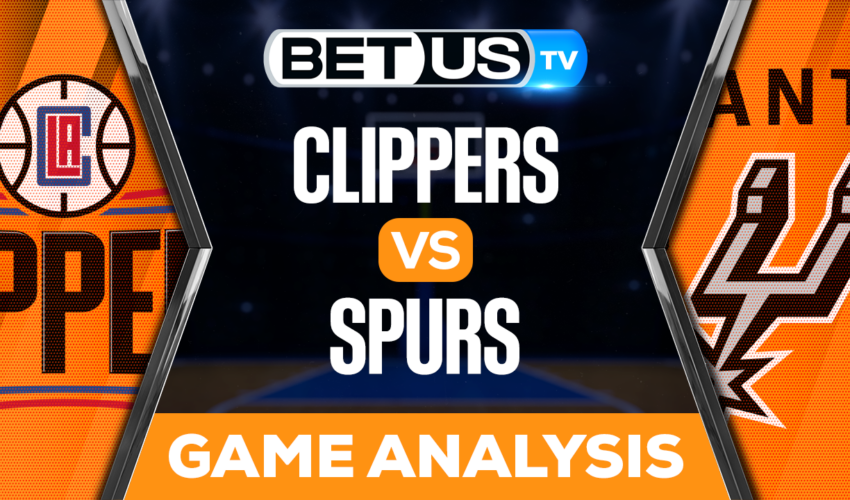 We will enjoy a clash of titans this Friday night when the San Antonio Spurs welcome Los Angeles Clippers at AT&T Center for an exciting NBA game. The Clippers will try to snap out of its losing streak, while San Antonio will try to keep the momentum from their last match against Brooklyn.

San Antonio won five of their first seven games, making this a decent start for the season. Something must happen after that because they fell into a terrible streak, losing 16 of their next 17 games.

The Spurs put an end to a five-game losing streak by beating the Brooklyn Nets 106-98 this Tuesday. Keldon Johnson took advantage of a Nets team who suffered without Kevin Durant and Kyrie Irving (their two best players) and put 36 points and 11 rebounds to the score for the win.

On the other hand, we have the Clippers, a team that has been very inconsistent this season. Los Angeles did not have the best start this year, winning only two of nine games this January against Dallas and Houston.

The Clippers are happy to count on the recent comeback of their star guard Paul George after a five-game absence. George led the offense with 23.4 points and 6.0 rebounds per game, while Kawhi Leonard ads 19.4 points and 6.1 rebounds. Unfortunately, the veteran guard John Wall (fifth-leading scorer) is out of this game due to an abdominal injury.

The Clippers passed through a rough moment in the absence of Paul George, putting them in an undervalued situation. He has only played one game since his return, but he had many days to rest since that game.

Los Angeles has been playing great defense this season, so counting on George and Leonard in the offense should cheer them up.

Let’s check the latest picks, NBA news, stats and NBA expert picks for Clippers vs Spurs. We’ve plenty of NBA predictions for you to consider.

The implied probability for these two teams attached to the betting lines have Spurs at a 30.30% chance of winning the game, meanwhile Clippers have 73.68% probability of finishing the game with the W.