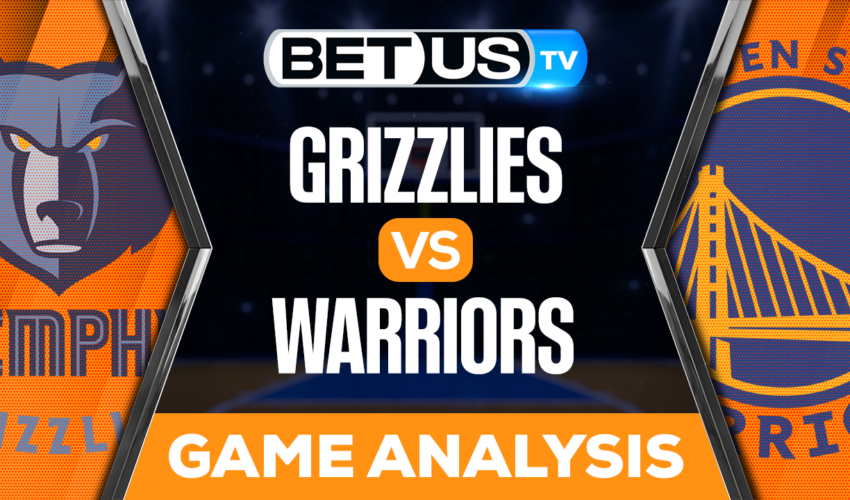 The Golden State Warriors will play the Memphis Grizzlies in San Francisco and this may be the first meeting between two teams who have a history of animosity as NBA Rivalry Week begins. While the Warriors have excelled at home, the Grizzlies have had trouble traveling, so let’s examine this contest in greater detail to determine whether the defending champs can maintain their winning ways on their home court.

The Grizzlies just received devastating news: Steven Adams will be out for three to five weeks with a sprained PCL in his right knee. Given that Xavier Tillman started on Monday without Adams, this will probably force him into the starting lineup. Depending on the circumstance, Brandon Clarke should also get some playing time, and it’s very possible that the Grizzlies will start Jaren Jackson Jr.

The fact that the Warriors are a great team in transition is one of the difficulties the Grizzlies have while playing the Warriors. The Warriors’ defense is about league average overall, but when it comes to transition defense, they allow the third-fewest points per 100 possessions (117.2). The Grizzlies are unable to properly attack Golden State in this way because their strongest offensive asset is in the transition game.

Let’s check the latest picks, NBA news, stats and NBA expert picks for Grizzlies vs Warriors. We’ve plenty of NBA predictions for you to consider.

On the other side of the court, the Golden State Warriors have performed very differently this season at home versus away. On the road, they are just 6-18 (8-16 ATS), but at home, they are 17-6 (14-9 ATS). They have done a good job of defending their home court, and since they played their last game on Sunday, they have the edge of rest tonight.

The Curry boost that many anticipated Golden State would receive after Steph’s return hasn’t materialized, but the defending champions are still well-positioned to cover as home favorites tonight. Golden State has one of the finest home records in the NBA despite where they are in the Western Conference standings. That is particularly encouraging for them tonight given the Grizzlies’ difficulties away from Memphis.

The implied probability for these two teams attached to the betting lines have Warriors at a 61.54% chance of winning the game, meanwhile Grizzlies have 41.67% probability of finishing the game with the W.