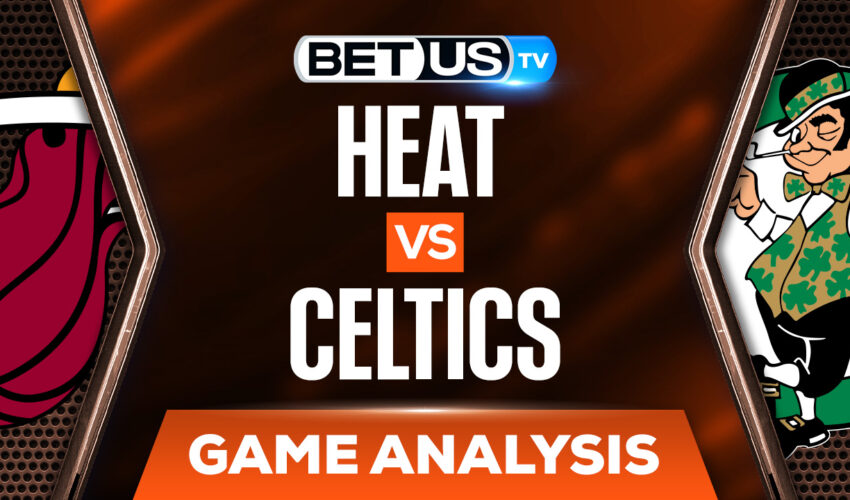 Well…that was fast. The Miami Heat regained home-court advantage after winning Game 3 of the Eastern Conference final 109-103. Jimmy Butler sat out the second half due to right knee inflammation. Bam Adebayo (31 points) and Max Strus (16 points) took over.

The home side battled with several injuries throughout the game as well, including Marcus Smart (ankle) and Jason Tatum (neck). Both managed to return, but Tatum made just three of 14 shots, finishing with 10 points. If the Celtics want to even the series, Tatum must lead the way, just like he did in Game 2 with 27 points.

Tatum and Butler are listed as questionable for Game 4 but aren’t the only ones. Smart is also questionable. As for Miami, P.J. Tucker (knee), Strus (hamstring), Tyler Herro (groin), Kyle Lowry (hamstring) and Gabe Vincent (hamstring) also made the list.

The good news for Boston is that veteran Al Horford and Jaylen Brown are more than healthy. Brown is highly motivated after pouring a personal-playoff high 40 points in Game 3. That’s enough for the Celtics to come in as NBA betting favorites by 6½ points. Boston is 12-5 straight up in its last 17 games at home.

“We didn’t come out with the same intensity as them as a unit, and it showed. They came out all connected with urgency. Defensively, they were more physical than us,” Brown said after the last match.

He’s not wrong. The Heat, who are 13-5-1 against the spread in their last 19 games on the road, finished with 19 steals in total. The roster understands repeating such a performance could be the key for them to return home with a 3-1 lead.

“We have to continue to stay focused on what we did as a group,” Lowry said.

There’s no doubt that, no matter who plays, the Celtics will go all-in right from the start. Overcoming a 3-1 deficit isn’t easy. In fact, the last time Boston did it was in 1981. The urgency from the home side to be aggressive makes the over (207½ -110) worth consideration. Plus, the total went over in four of the last five meetings between these two.

The implied probability for these two teams attached to the betting lines have Heat at a 30.30% chance of winning the game, meanwhile Celtics have 72.97% probability of finishing the game with the W.