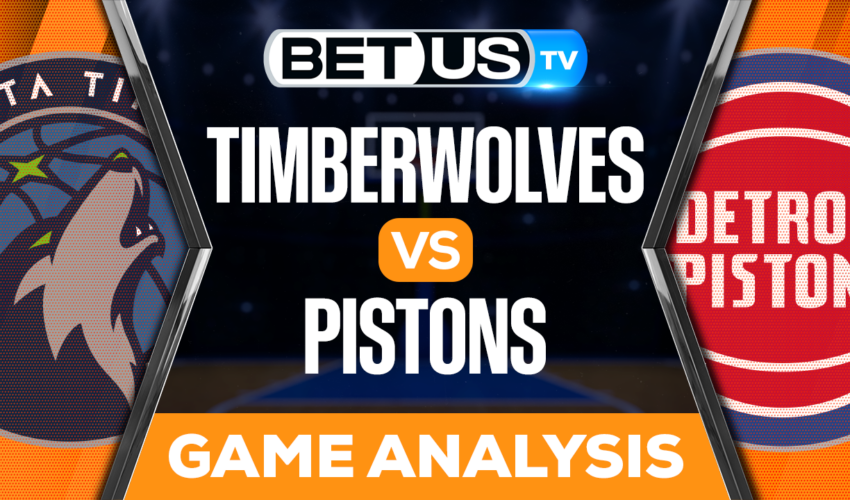 On Wednesday night, the Minnesota Timberwolves will travel to Detroit to play the Detroit Pistons at Little Caesars Arena. Minnesota has improved recently and currently sits in ninth place in the Western Conference with a 20-21 record. A four-game winning streak has Minnesota feeling great right now. In order to make it two seasons in a row, head coach Chris Finch will need a turnaround after leading the team to the playoffs last year.

Although the Timberwolves team hasn’t had an easy ride thus far, there are still a bunch of things in place. It just needs to all blend together and work together. Anthony Edwards, a third-year guard and former first-overall pick, leads the team in scoring with 23.7 points per contest. Karl-Anthony Towns is Minnesota’s second-leading scorer and rebounder with 20.8 points and 8.2 rebounds per game.

Detroit has also had a terrible season on the other side of the court, going 11-33 this year and finishing dead last in the Eastern Conference. When guard Cade Cunningham was declared out for the season in December, Detroit’s reconstruction experienced a little setback. Perhaps it’s time for supporters to concentrate on the Red Wings?

The first overall choice in the 2021 draft, Cade Cunningham, will miss the entire season due to a shin injury. Cunningham had been the second-highest scorer for the group. With 21 points per game and a 41.6 percent 3-point shooting percentage, Bojan Bogdanovic leads the squad. Jaden Ivey, who was selected fifth overall last year, averages 15 points, 4 rebounds, and 4.1 assists per contest.

Let’s check the latest NBA picks, news, stats and NBA expert picks for Timberwolves vs Pistons. We’ve plenty of NBA predictions for you to consider.

The implied probability for these two teams attached to the betting lines have Pistons at a 31.25% chance of winning the game, meanwhile Timberwolves have 72.97% probability of finishing the game with the W.