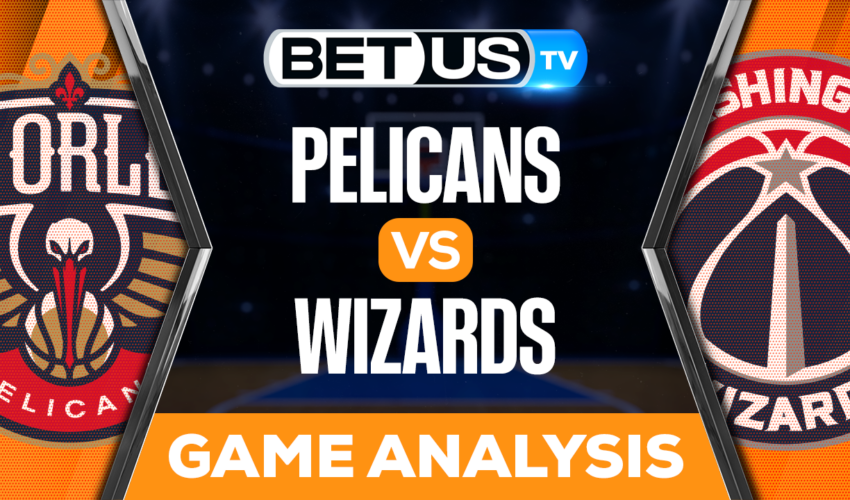 What better way to start the week than enjoying an NBA game? The New Orleans Pelicans will travel to the capital to take on the Washington Wizards. Both teams will be looking to avoid their third straight loss making this an exciting game.

The Wizards finally return home after four games on the road where they won the first two against the Magic and the Bucks before losing the next two to the same Bucks and the Thunder.

The Wizards offense is led by Bradley Beal with his 22.9 points per game, followed by Kristaps Porzingis with 21.9, Kyle Kuzma and Rui Hachimura also contribute double digits. That said it is important to say that unfortunately Bradley Beal was injured in the loss against the Bucks and will probably not play this game, a big blow for the Wizards.

On the other side we have the Pelicans who just started a road trip and are coming off a loss to the Mavericks 127-117. They are having injury problems and it is showing.

The Pelicans offense is led by Zion Williamson with his 26.0 points per game, followed by Brandon Ingram with 20.8, CJ McCollum with 20.4, Jonas Valanciunas, Trey Murphy III and Herbert Jones also contribute double digits.

Good news for the Wizards, the Pelicans will not be able to count on their star player Zion Williamson either, something they should try to take advantage of to win this game.

It’s a tough call but the Pelicans will be without Williamson and probably Ingram as well, the Wizards haven’t been playing very well either and also have injury problems but they return home where they play well.

I’m going with the Wizards in this one.

Let’s check the latest NBA picks, news, stats and NBA expert picks for Pelicans vs Wizards. We’ve plenty of NBA predictions for you to consider.

The implied probability for these two teams attached to the betting lines have Pelicans at a 48.78% chance of winning the game, meanwhile Wizards have 55.56% probability of finishing the game with the W.