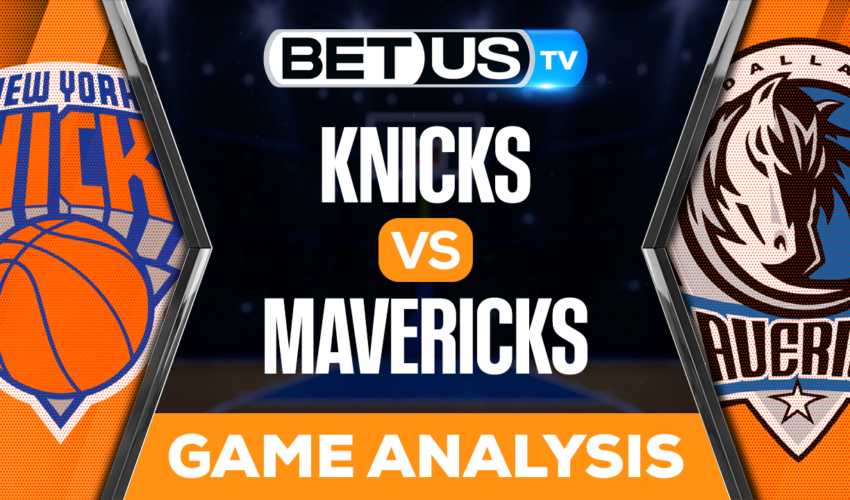 The New York Knicks are looking to get back to their winning ways when they take a trip to Dallas to face off against the Mavericks. The Knicks have now lost their third straight game and it happened on Christmas Day against the 76ers, after having won eight straight games before that. On the other hand, the Mavs picked up their third straight victory with a Christmas Day win over the Lakers.

The Clippers are hitting the road with high expectations to score a win against the Mavs here. After stringing together eight victories and climbing up the Eastern Conference standings, New York has now lost three games in a row. On Christmas Day, the Knicks built a 12-point lead after the first quarter and managed to hold it for the first three quarters of the game.

However, during the 4th quarter things started to go south, as they were outscored 24-9 early in the fourth and their lead for the entire match turned into a 116-102 deficit. On the bright side, Julius Randle had a great game, leading the Knicks with 35 points while Jalen Brunson added 23 points and 11 assists. Unfortunately for them, their defense allowed the Sixers to make 50% goals from the field overall and 46% three-pointers.

On the other side of the matchup, the Dallas Mavericks have now picked up three straight victories and are now back into 8th place in the Western Conference standings after briefly slipping out of the playoff picture. The Mavericks turned an 11-point halftime deficit into a nine-point win (124-115) against the Lakers on Christmas Day.

As usual, Luka Doncic led the way for his team with 32 points and a near triple-double with nine assists and nine rebounds. Right behind Luka, Christian Wood had 30 points to go along with a career-high seven assists. The Mavs outscored the Lakers 51-21 in the third quarter, which was the highest scoring Christmas Day in NBA history and the most scoring this season.

Let’s check the latest NBA picks, news, stats and NBA expert picks for Knicks vs Mavericks. We’ve plenty of NBA predictions for you to consider.

The implied probability for these two teams attached to the betting lines have Knicks at a 36.36% chance of winning the game, meanwhile Mavericks have 67.74% probability of finishing the game with the W.