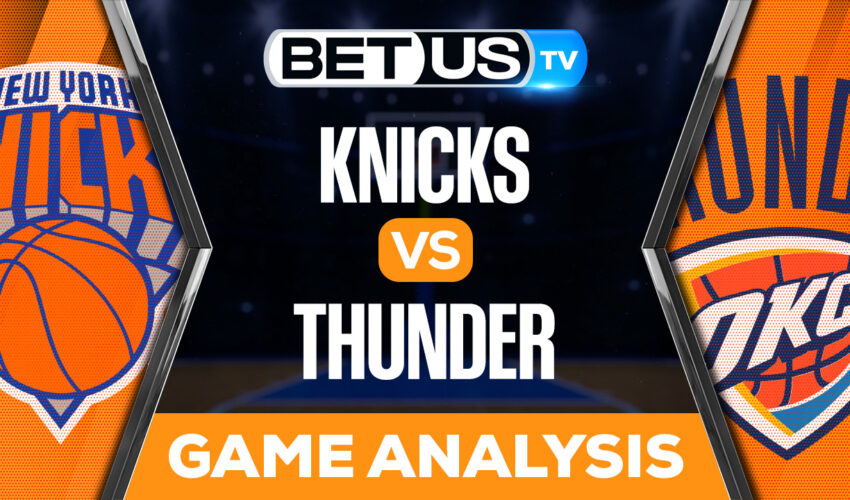 The Knicks are playing the final game of a five game Western road trip, and they are coming off a bad loss to the Phoenix Suns. The Suns destroyed the Knicks 116-95. The loss dropped the Knicks below .500 to 8-9. The Knicks were led by Jalen Brunson who had 27 points while RJ Barrett added 12 points. Quentin Grimes added 10 points and 5 rebounds with 8 assists. Julius Randle had an off night with just 9 points.

The Oklahoma City Thunder’s season got off to an ominous start when lottery pick Chet Holmgren went down in the preseason with a season ending injury. But they have pulled together and gotten off to a decent start at 7-9.

They are in last place in the Northwest division, but they are only 4 games out of first place. They just wrapped up a four-game road trip where they went 2-2 and the trip started off in New York with a 145-135 win over these Knicks.

The Knicks are winding up a long road trip of their own, and they played on Sunday afternoon in Phoenix so they may just be ready to head back home. The Knicks are 1-4 against the spread in the last 5 meetings in Oklahoma City. The Thunder are clear favorites and they’ll show everyone why this Monday.

The implied probability for these two teams attached to the betting lines has knicks at a 47.62% chance of winning the game, meanwhile Thunder have 56.52%  probability of finishing the game