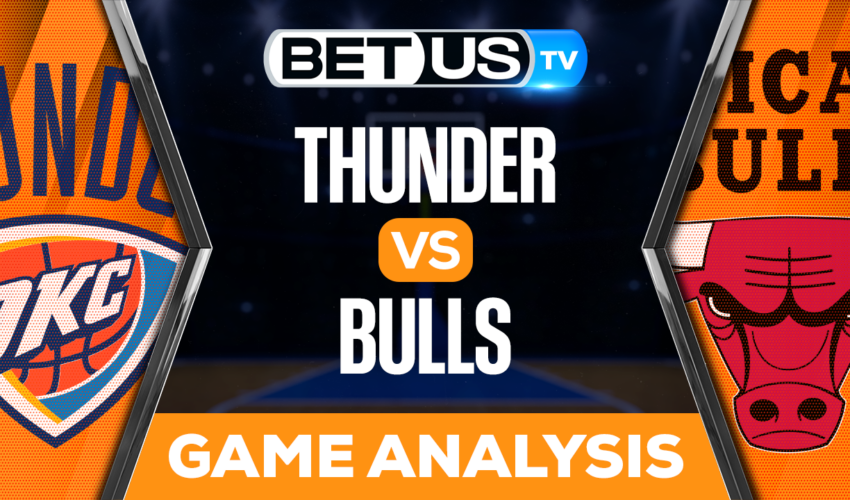 When the Oklahoma City Thunder play the Chicago Bulls on Friday night, they’ll be hoping for another stunning road win. Oklahoma City recently put on one of its best performances of the year, easily defeating Philadelphia by a score of 133-114. Chicago is currently making its way home after suffering road losses in Boston and Washington.

Coming into this game, Oklahoma City is in fantastic shape after winning three of its previous four games. Last weekend, the Thunder defeated the Wizards and Mavericks before adding a commanding victory at Philadelphia on Thursday. They pulled off the shock as 10.5-point underdogs against the 76ers, and have since covered the spread in five of their previous six games.

Chicago has dropped two straight games and four of its last seven, scoring less than 100 points in each of its last two defeats. The Thunder have won once already this season versus Chicago, scoring 126 points per game in their last six games. Shai Gilgeous-Alexander, the game’s top scorer, contributed 30 points to the 123-119 victory.

Oklahoma City is in the middle of a four-game road trip that began with a defeat to Miami on Tuesday night by a score of 112-111. The Thunder have only won once on the road in their last seven contests, while Chicago is a squad that has won at home. In four of their last five games, the Bulls have covered the spread, including victories against the Nets, 76ers, and Jazz.

DeMar DeRozan, the team’s top scorer, is doubtful to play on Friday night due to a quad ailment, while Zach LaVine, the second-leading scorer, is likely to play despite a hand injury. While Nikola Vucevic averages a double-double with 16.9 points and 10.9 rebounds, Zach LaVine averages 23.8 points and 4.2 assists. In their last five attempts, the Bulls have not dropped a home game against the spread.

Let’s check the latest NBA picks, news, stats and NBA expert picks for Thunder vs Bulls. We’ve plenty of NBA predictions for you to consider.

The implied probability for these two teams attached to the betting lines have Bulls at a 50% chance of winning the game, meanwhile Thunder have 39.22% probability of finishing the game with the W.