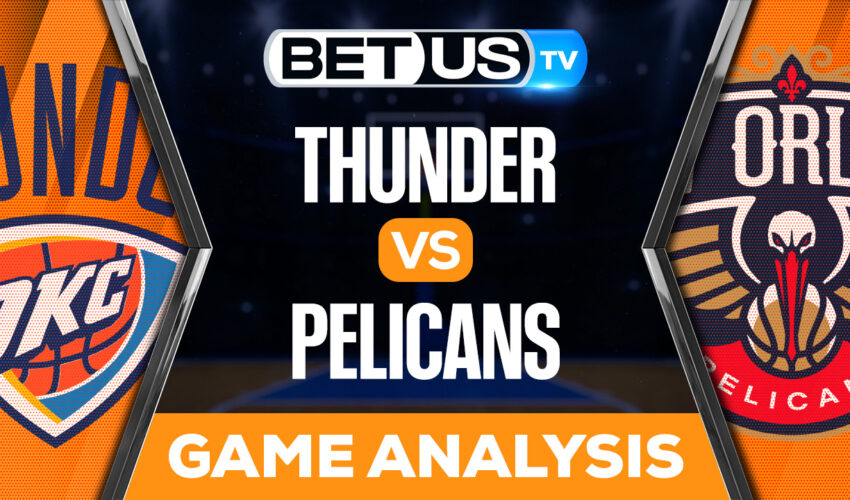 After a promising 4-3 start, the Oklahoma City Thunder currently 8-12 have only grabbed 4 of their last 13 games. They will look to recover Monday against a shaky New Orleans Pelicans, currently, 11-8 a squad that will come without their star players on deck. CJ McCollum out due to health and safety protocols has been away from the court the last two games, and Brandon Ingram has a toe injury which listed him as doubtful for the Pelicans starting lineup. Shai Gilgeous-Alexander and teammates will have a nice chance to return to winning form on Monday and get OKC back into rhythm. The game is set to start at the Smoothie King Center in New Orleans at 8 p.m ET, where the Pelicans still have a positive record at home.

The Pelicans did not have the fuel or energy on court on Friday against the Memphis Grizzlies, the game finished 132-111. New Orleans found themselves with a big deficit by the half as they were down by 20 points going into the team rooms. Small forward Trey Murphy III was the prolific player for the side, with 21 points coming off the bench. Only 2 other players scored double digit points, Zion Williamson (14 points) and Herbert Jones (13 points).

Ingram missed 4 consecutive games at the start of the season, and the Pelicans record was 2-2 when he was out of court. Zion Williamson was also away for the first 2 games of that same period, however the team overall still shot a respectable 49% from the field and 40% of three point shots.

Similar to the Pelicans, the Thunder have also been in a bad run of form, as they lost their last game against Houston Rockets, 118-105.  In the last 5 games, OKC has barely shot 44.8% from the field and an underwhelming 31.6% at the 3 point line. Outside of poor shooting form, Josh Giddey and SGA are the ones trying to push some momentum into their team.

This game is quite even in terms of overall talent, nevertheless we will lean into the Pelicans to take this one even with their stars out, they are still playing at home with the likes of Valanciunas on court.

Let’s check the latest NBA picks, news, stats and NBA expert picks for Thunder vs Pelicans. We’ve plenty of NBA predictions for you to consider.

The implied probability for these two teams attached to the betting lines have Thunder at a 37.04% chance of winning the game, meanwhile Pelicans have 66.67% probability of finishing the game with the W.