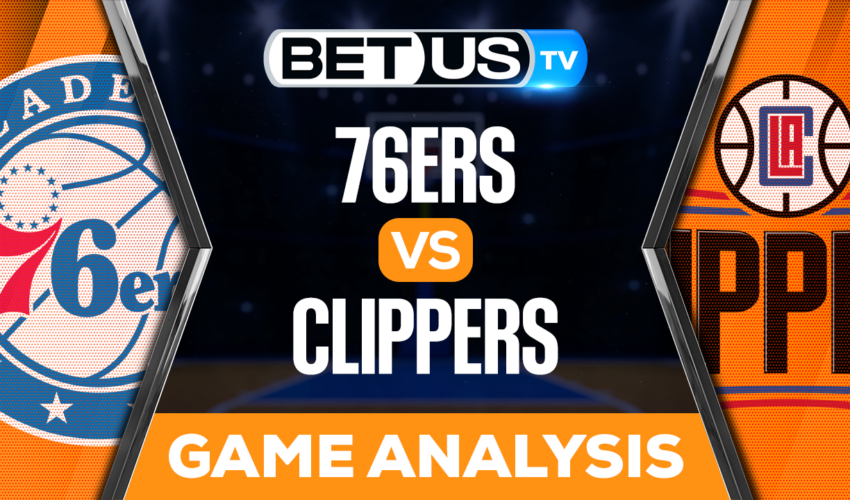 It’s the turn of the Philadelphia 76ers and the Los Angeles Clippers to put on a show this Tuesday at Crypto.com Arena at 10:00 PM ET.

This has not been the Clippers’ best season, coming in with a 23-22 record and winning two of their last three games. Their most recent game was a 121-100 win over the Houston Rockets where the offense was led by Terance Mann’s 31 points for the win and 6 rebounds.

One important factor is that the Clippers have played without Paul George the last five games due to a hamstring injury but the good news is that he is likely to return to face the 76ers.

On the other hand we have the 76ers who may not have had the best start of the season with three consecutive losses but they recovered little by little, even having a great streak of eight consecutive victories.

Now they come into this game with a 27-16 record and winning two of their last three games, the most recent being a win over the Lakers 113-112 where the offense was led by none other than Joel Embiid with his 35 points and 11 rebounds for the win.

Even though there is a chance that the Clippers get Paul George back in this game and Kawhi Leonard is playing very well I wouldn’t bet on them. Paul George is leading the Clippers offense but he has been out for a while and returns against an opponent that is anything but easy.

Let’s check the latest NBA picks, news, stats and NBA expert picks for 76ers vs Clippers. We’ve plenty of NBA predictions for you to consider.

The implied probability for these two teams attached to the betting lines have Clippers at a 72.97% chance of winning the game, meanwhile 76ers have 31.25% probability of finishing the game with the W.