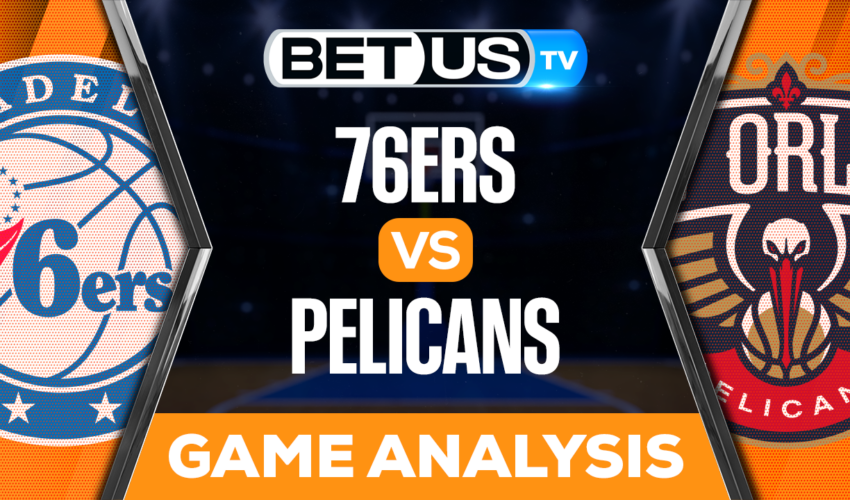 NBA action will take place today in an exciting matchup between the Philadelphia 76ers and the New Orleans Pelicans. Zion Williamson, who missed the last three games before Wednesday because of COVID-19, has helped the Pelicans force a tie with Denver atop the Western Conference. The Sixers have also been doing a lot of winning, but their eight-game winning streak came to a halt with a loss to Washington.

The performance of Joel Embiid is by far the main factor behind Philadelphia’s recent run of success. Over the course of their last nine games, the center has averaged 37 points per game and 10 rebounds per game. Over that time, he has been shooting 55% from the field and has even made 1.3 three-pointers a game at a 46% rate. In his last three games, Embiid has scored 48, 35, and 44 points.

For as amazing as Joel Embiid has been lately, James Harden’s improved play has been an underappreciated factor in Philadelphia’s success. They could win tonight for sure because of his playmaking, too. Harden has averaged 22.1 PPG on 46% shooting in their last nine games.

The Pelicans, meanwhile, have dominated the paint throughout the whole season, coming in at number five in both rebound differential and points in the paint. The center on the other team, Joel Embiid, has recently gone on an absolutely historic run inside. What the Pels must do is to keep Zion Williamson moving ahead. Zion needs to be successful around the hoop since Philly has the second-best defense in the NBA.

The Pelicans must slow down Embiid if they want to have the best chance of winning this game. Thankfully, center Jonas Valanciunas from New Orleans is one of the best players to achieve that. In eight career meetings, Valanciunas has limited Embiid to just 19.5 PPG and 46% shooting.

Let’s check the latest NBA picks, news, stats and NBA expert picks for 76ers vs Pelicans. We’ve plenty of NBA predictions for you to consider.