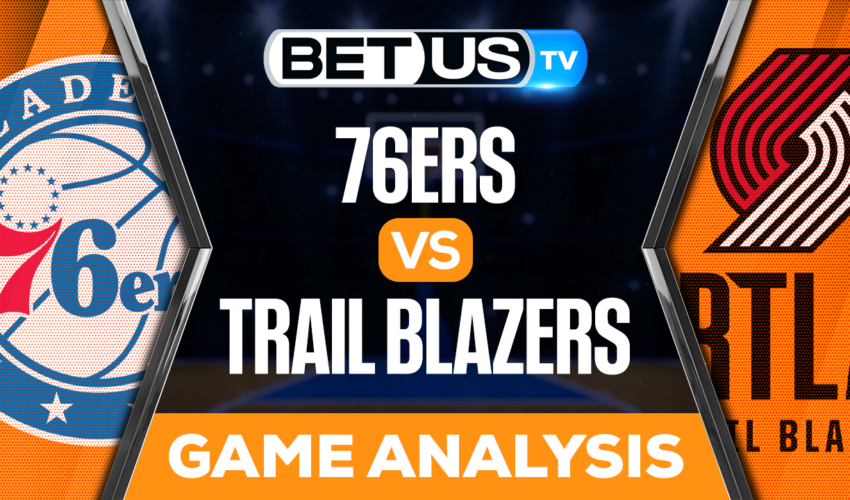 On Thursday, the Philadelphia 76ers will play the Portland Trail Blazers in a cross-conference game at Moda Center in Portland, Oregon.  This is going to be the first time these teams face each other this season, making this an exciting matchup to watch.

The Portland Blazers come to this game after losing 122-113 against the Denver Nuggets. If we are being completely fair, the Blazers had no chance against Nikola Jokic, who scored 36 points, 12 rebounds, and ten assists.

Even though Damian Lillard made an effort to pick up a win for Portland, picking up 44 points and eight assists, his efforts were in vain. “It’s a lot of stuff that we could have done better, but down the stretch I just felt like the refs just decided the game,” said Lillard.

Portland is now tied with Oklahoma City for 10th place in the Western Conference. The Trail Blazers score 115.2 points per 100 possessions, which isn’t that bad, however, they are giving up 114.7 points to their opponents, which is the 22nd worst in the league.

Now looking at the other side of the court, the Philadelphia 76ers head into this game on a three-game winning streak. They picked up a victory in each of their games against Utah, Denver and Los Angeles.

In their last outing, the 76ers outscored the Clippers 30-21 in the fourth quarter and upset the odds as they were considered the underdogs. Joel Embiid dropped 41 on the Clippers, while James Harden had a very surprising performance, scoring only six points and nine assists on the night.

The 76ers are great at defending the three point line, which might be enough to keep the Trail Blazers away. It’s hard to deny that Joel Embiid has been excellent this season, and even though Damian Lillard is playing well too with 39 ppg over his last six appearances, that may not be enough to carry the Blazers to the victory.

Let’s check the latest NBA picks, news, stats and NBA expert picks for 76ers vs Trail Blazers. We’ve plenty of NBA predictions for you to consider.

The implied probability for these two teams attached to the betting lines have 76ers at a 56.52% chance of winning the game, meanwhile Trail Blazers have 47.62% probability of finishing the game with the W.