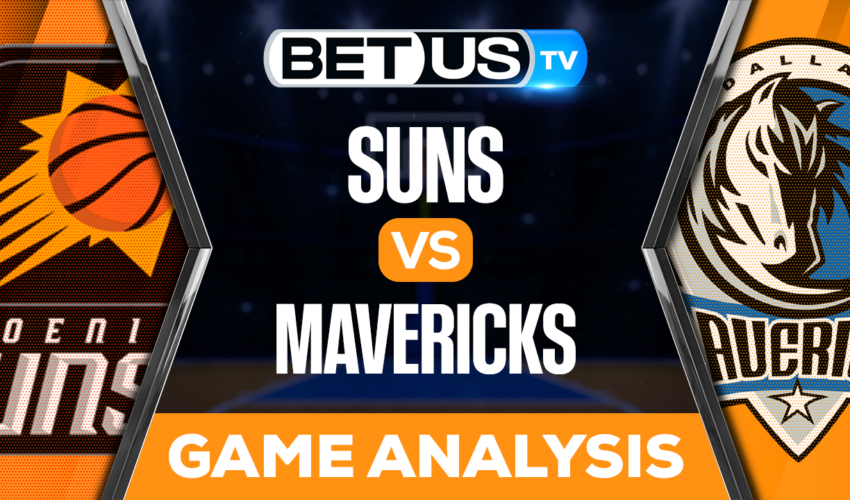 What better way to start the week than with an NBA game. Monday, December 5 at 8:40 PM, we will see a matchup between the Phoenix Suns and the Dallas Mavericks at the American Airlines Center, Dallas. This will be the second time this season that these two teams will face each other. Last time it was the Suns who took the win with a close score of 107-105. Will the Mavs get their revenge?

Phoenix has been able to get by even without Chris Paul on the court. The offense is led by Devin Booker, who has scored 40 or more in three of his last five games and has totaled 33 assists. The Suns have a potent combination, averaging two assists per turnover and ranking fifth in defensive efficiency.

Dallas, on the other hand, is 10th in the Western Conference. Their offense is led by Doncic, who leads the league in scoring. Of course Dallas has enough talent to win the game, but let’s remember that the Suns have won four of their last five games, including a big win against the Spurs on Sunday afternoon. So expect a close game.

Let’s hope this game is as interesting as the one we saw in October, where the Suns came back from a 15-point deficit in the last quarter. The Mavs are protecting the ball very well, a key factor to counteract the Suns style of play. Dallas is also one of the best defensive teams in the NBA, so I have no doubt they will find a way to slow Booker down. Both teams have strong defenses that like to protect the ball and then shoot. We are likely to see a lot of free throws accompanied by a slow pace in the game.

Let’s check the latest NBA picks, news, stats and NBA expert picks for Suns vs Mavericks. We’ve plenty of NBA predictions for you to consider.

The implied probability for these two teams attached to the betting lines have Mavericks at a 59.18% chance of winning the game, meanwhile Suns have 44.44% probability of finishing the game with the W.