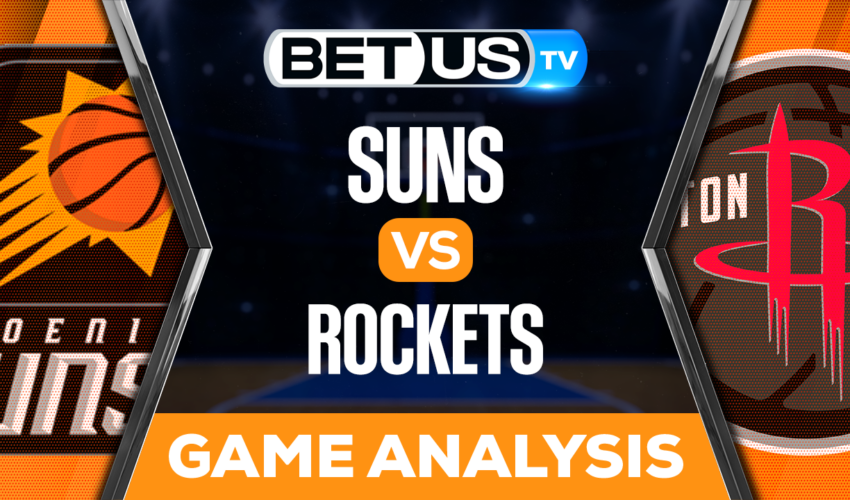 We will have a duel of titans at the Toyota Center when the Suns try to break their losing streak, visiting the Houston Rockets. The game is scheduled for 8:10 PM EST.

Houston has won five of its last nine games. One of these victories was against Phoenix where they were able to come back from a 12-point deficit. They come into this game with a full offensive line. The leader is Jalen Green with 21 points, 4 rebounds and 3 assists per game. Followed by Kevin Porter with another 18 points, 5 rebounds and 6 assists. We also have Alperen Sengun with 14 and Jabari Smith with 12. The offense averages 110 points per game while the defense allows 111 points per game.

On the other hand Phoenix had a very good start but then they slacked off. In this game they will try to end this bad streak. In their last game against the Pelicans, they lost 129-124. The offense was led by Deandre Ayton and his 28 points and 12 rebounds. Unfortunately Booker was unable to play due to a slight foot injury. It’s a shame as he is averaging 27 points per game, sending Ayton to second place with 17 points per game. The Suns are averaging 116 points per game and allowing another 116.

Both teams are going through a bad moment. Although let’s remember that Phoenix was already defeated by Houston this month. And in this game we won’t be able to see Booker due to the injury we mentioned previously, which could cause Houston to cover the scoreboard again. Besides, the Rockets have beaten stronger teams, so this game will not be difficult for them. Voy con Houston en esta. I’m going with Houston in this one.

Let’s check the latest NBA picks, news, stats and NBA expert picks for Suns vs Rockets. We’ve plenty of NBA predictions for you to consider.

The implied probability for these two teams attached to the betting lines have Suns at a 69.70% chance of winning the game, meanwhile Rockets have 34.48% probability of finishing the game with the W.