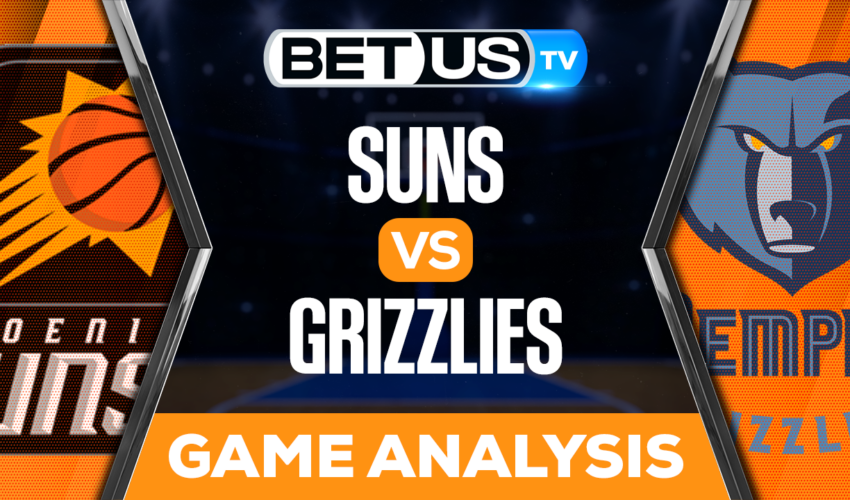 There will be action at the FedEx Forum this Tuesday, December 27th! When the Memphis Grizzlies take on the Phoenix Suns in another NBA showdown. The game is scheduled for 8:00 PM EST. Both teams are coming off losses in their most recent games, who will go on a losing streak?

The Grizzlies come into this game with a 20-12 record, it has been a good season but not their best. The offense averages 115 points per game, which is a good average allowing them to enter the top 10 in the NBA. The defense on the other hand is not doing bad either, allowing only 111 points per game, and grabbing 48 rebounds. Their goal in this game would be just to penetrate the Suns defense.

The offense is led by Ja Morant with his 26 points per game, followed by Desmond Bane with another 23, and Dillon Brooks with 17. Jaren Jackson Jr., Tyus Jones and Brandon Clarke also contribute double digits to the team.

The main problem for Memphis would be that they have a hard time making threes, besides free throws. We will have to focus on that for this game.

On the other hand we have the Suns. They haven’t had a very bad season either but it’s not the best, they come into this game with a bad streak of 3 consecutive losses. Will this be their fourth?

We would expect a close and action packed game, both teams have similar numbers but the truth is that the Grizzlies have a better defense. If we add to that that Devin Booker is questionable for this game, betting on the Suns could be a mistake. I’m going with the Grizzlies in this one, I think they can easily score to take the score.

Let’s check the latest NBA picks, news, stats and NBA expert picks for Suns vs Grizzlies. We’ve plenty of NBA predictions for you to consider.

The implied probability for these two teams attached to the betting lines have Suns at a 37.74% chance of winning the game, meanwhile Grizzlies have 75.90% probability of finishing the game with the W.